Home National Trump on Medicaid cuts: 'This will be great for everybody'
Support progressive journalism.
Donate today 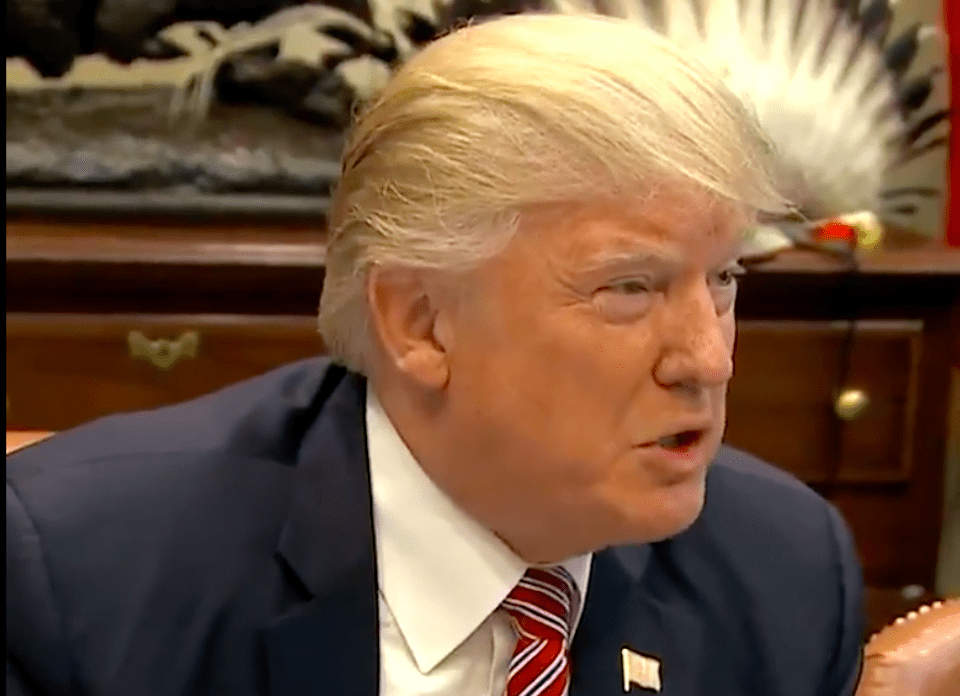 The Republican health care repeal bill is an absolute disaster, especially the $772 billion in Medicaid cuts.

But don't tell that to Donald Trump.

He thinks those cuts "will be great for everybody."

Asked about Medicaid cuts in Senate health care bill, Pres. Trump tells @jonkarl: "This will be great for everybody" https://t.co/lDpaTPbXdf pic.twitter.com/BOvWjt9KQP

TRUMP: I think we’re going to get at least very close, and I think we’re going to get it over the line. There was a great, great feeling in that room yesterday. And what also came out is the fact that this health care would be so good, would be far better than Obamacare, and would be much less expensive for the people, and actually, much less expensive also for the country. So those are a lot of good factors. So we’ll see what happens. We’re working very hard, we’ve given ourselves a little bit more time to make it perfect. That’s what we want to do. I think this has a chance to be a great health care at a reasonable cost. People can save a lot of money. We get rid of the mandates, we get rid of so much.

REPORTER: Do you have any answer about the Medicaid cuts in the health care bill?

TRUMP: [Shakes head] It’s gonna be great, it’s gonna be — this will be great for everybody.

Trump could not be more wrong. Everyone — from Sen. Elizabeth Warren to the American Medical Association — has warned that thousands, if not millions, of people will be terribly harmed and endangered by these cuts.

More than one million nursing home residents rely on Medicaid. They're at risk of having no care at all with these cuts.

And a slew of new polling shows how unpopular the bill is with voters, especially because of the cuts to Medicaid.

As for Trump's supposedly "great, great" meeting with Senate Republicans on Tuesday, that did not actually go well at all. Trump managed to humiliate himself by showing his massive ignorance about the health care bill.

Maybe that's why he thinks that gutting Medicaid — on which 20 percent of Americans rely for their health care, especially the poor, the elderly, and children with disabilities — will be so "great for everybody." He simply has no idea what he's talking about. Or maybe he just doesn't care.