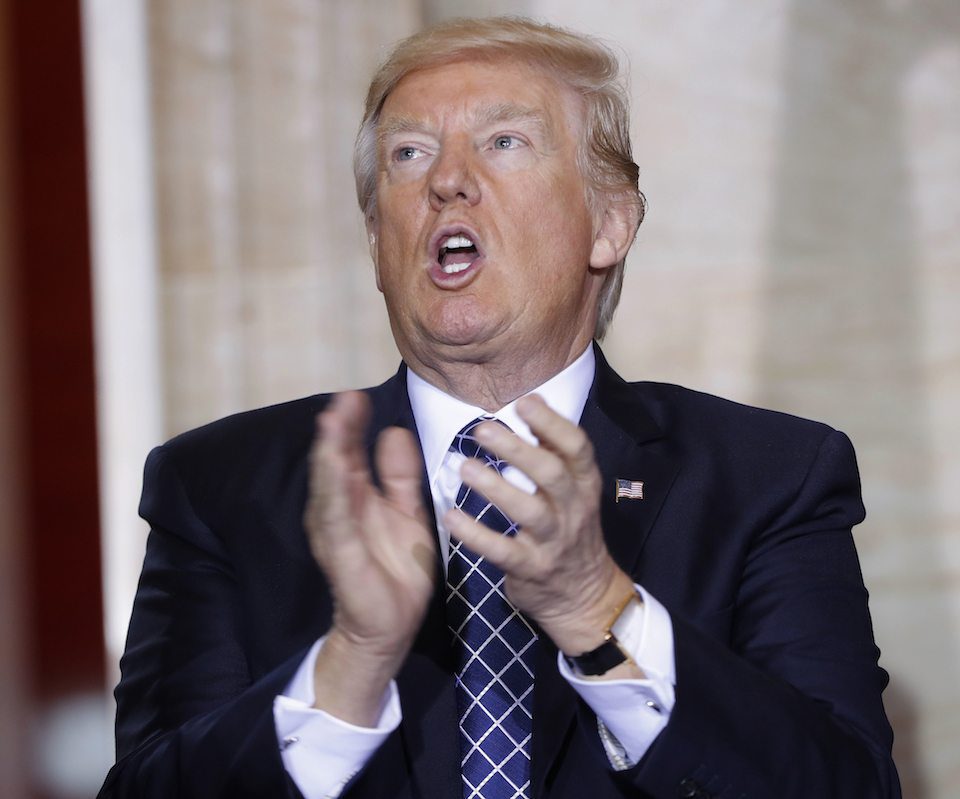 Throwing himself a pep rally on Twitter, Trump claims he's beloved within the GOP while a pair of sitting Republican senators denounce him as unfit for office.

As condemnations from two sitting Republican senators shower down on him this week in an unprecedented spectacle of inter-party warfare, an oblivious Donald Trump insists that he’s still a widely beloved figure within the party.

In a series of needy tweets recounting his lunch with all 52 Republican senators on Tuesday, Trump bragged about how much they like him — they really, really like him. They gave him standing ovations! It was a "love fest"!

The idea that a sitting president feels the need to publicly boast that senators from his own party applauded him is, of course, quite odd. The fact that Trump felt compelled to pat his own back while two Republican senators spent Tuesday warning the country that Trump poses a threat to U.S. democracy borders on the surreal.

And oh by the way, not everyone in the room during Trump’s GOP lunch on Capitol Hill was impressed. “He just went on and on, talking about his accomplishments and going off on tangents,” one lawmaker told The Hill. “It was inane.”

Trump’s weird Twitter pep rally came amidst some of the fiercest criticism he’s faced from his own party. On Tuesday afternoon, Arizona Sen. Jeff Flake gave a devastating 18-minute speech on the floor of the U.S. Senate eviscerating Trump as being wholly unqualified to serve the country.

In the Washington Post, Flake reiterated those points in an op-ed column.

"We have again forgotten who we are supposed to be,” Flake writes. “There is a sickness in our system — and it is contagious.”

On Tuesday morning, Tennessee Sen. Bob Corker, who has been increasingly vocal in his criticism of Trump, gave a series of media interviews where he suggested Trump was "debasing" the nation with his reckless and uncivil behaviors. He also stressed that Trump remains “utterly untruthful.”

But for Trump, it’s all about feeding his ego and convincing himself, and his followers, and he’s a deeply admired figure. Insecurity and narcissism have long defined who Trump is.

“Early on, I recognized that Trump’s sense of self-worth is forever at risk,” wrote Tony Swartz, who authored Trump’s “The Art of the Deal” book in the 1980s and has since become a sharp critic of his.

With an insatiable appetite for affirmation, Trump basks in the glory of lunchtime applause while sitting GOP senators denounce him as unworthy.