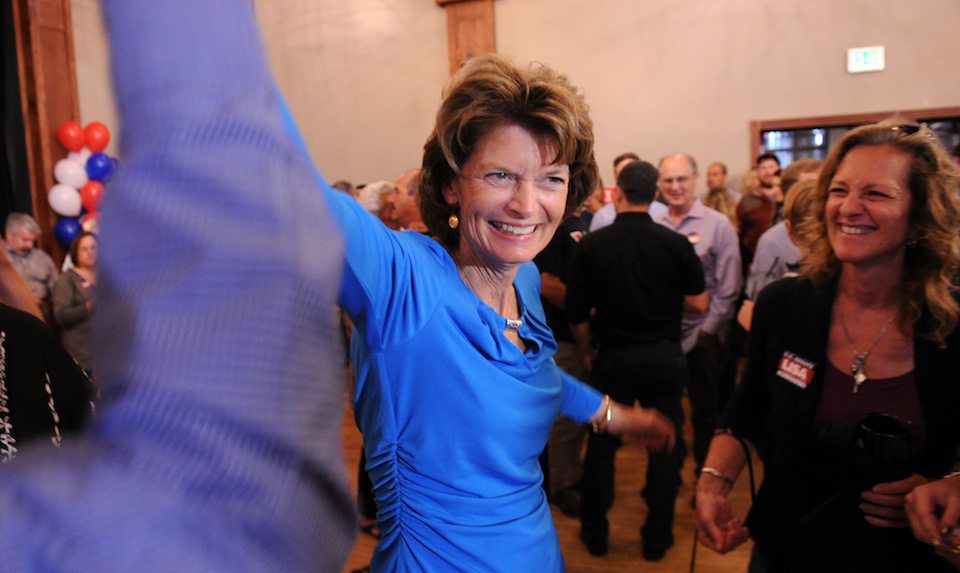 (AP Photo/Michael Dinneen)
Get The American Independent in your inbox

Sen. Lisa Murkowski (R-AK) didn't vote his way on health care repeal. So naturally, Trump took to Twitter to try to bully her.

Having lost the support of key Republican women senators on the health care debate, Donald Trump, in his typical cowardly manner, has set out to bully and mock them in public.

Using his Twitter account to try to personally shame U.S. senators, Trump this morning attempted to belittle Sen. Lisa Murkowski (R-AK) after she, along with Sen. Susan Collins (R-ME), voted no on the Republican health care repeal bill yesterday. In the Rose Garden on Monday, Trump also mocked the Murkowski and Collins votes as being “sad for them.”

The decidedly un-presidential taunts may continue this week as the Senate is scheduled to hold several health care votes, all of which Murkoswki and Collins are likely to oppose.

Both women, who represent rural states, have been adamant in criticizing the deep Medicaid cuts the GOP is trying to ram through without the benefit of public hearings, without listening to expert testimony, and without serious consideration of amendments.

As the New York Times’ Glenn Thrush noted, Trump has made very little effort to personally lobby the women senators who oppose the Republican health care bill. (And when he did try, in a large group setting, the lobbying got a bit awkward.) Instead, he’s now taunting and condemning them in public.

Notice how none of the ticktocks include serious attempt by @realDonaldTrump to negotiate with the 3 women Rs who form core of opposition? https://t.co/L2IVxZfZiN

And Trump is not alone.

In a radio interview Monday, Rep. Blake Farenthold (R-TX) blamed “some female senators from the Northeast” for opposing the health care vote process and said “if it was a guy from south Texas, I might ask him to step outside and settle this Aaron Burr-style.”

But that has been the Republican pattern with the health care bill: Freezing women out of the bill-writing process, and then targeting them as the enemy when they vote no. The Senate bill was written in secret, by a group of 13 white Republican men and no women, which meant Collins and Murkowski were among those completely locked out of the process.

Senate Majority Leader Mitch McConnell did make an effort to win over Murkowski’s support by inserting into the healthcare bill a billion-dollar legislative payback to her home state of Alaska. But in the end it wasn’t enough to offset the massive Medicaid cuts the bill proposes. (Murkowski also opposes the funding ban to Planned Parenthood that the Republican bill includes.)

Notably, Murkowski and Collins both forcefully condemned Trump’s cowardly bullying last month when he unleashed a wild, personal attack on MSNBC’s Mika Brzezinksi, claiming she was “bleeding badly from a facelift.”