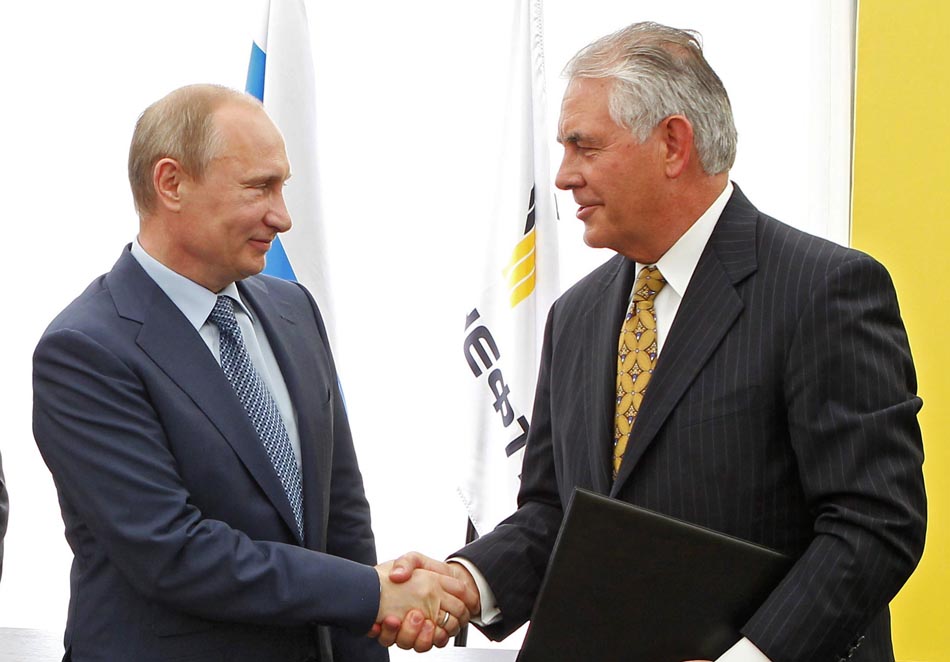 President-elect Donald Trump has nominated ExxonMobil CEO Rex Tillerson to head the State Department, in yet another victory for manifestly unqualified billionaires.

In naming ExxonMobil CEO Rex Tillerson as his Secretary of State, President-elect Donald Trump is seeking to elevate — to the fourth-highest position in the U.S. government — a man who not only has absolutely no governing experience, but who also has no experience whatsoever outside of the multinational oil and gas corporation for which he has worked his entire adult life.

Tillerson's complete lack of qualifications for the office, however, pales in comparison to the massive hostility to U.S. interests that his appointment represents.

In 2013, a year after cementing a deal with Russian government-owned oil giant Rosneft, Tillerson received the Order of Friendship, the highest honor Russia can bestow upon a foreigner, from Russian President Vladimir Putin.

That $500 million deal was the culmination of a years-long effort by ExxonMobil to get its hands on Russian oil, which was put in jeopardy by U.S. sanctions over Russia's invasion of Crimea.

It is extremely troubling that a man whom the CIA says was helped to the presidency by Russia has nominated a Secretary of State with such close ties to that country's authoritarian leader.

Tillerson's selection ramps up Trump's Russia problems, and deepens his incoming administration's pursuit of policies that strengthen business interests at the expense of America's interests.

Already, four Republican senators have expressed reservations about Tillerson, enough to deny him confirmation if he fails to get their votes, or those of any Democrats. When Tillerson's nomination comes before the Senate, Democrats should unite in opposition to this unqualified and badly-compromised selection, and persuade their colleagues to do the same.