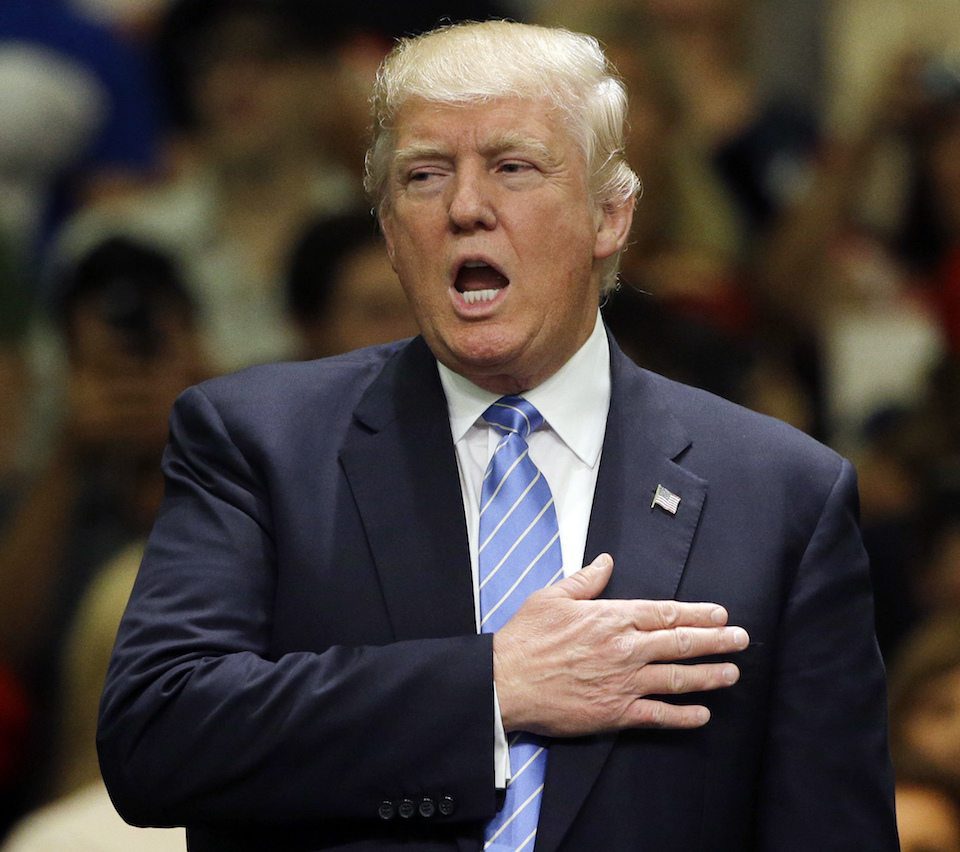 Trump's track record shows that he constantly lies about making charitable donations while begging for public credit for them.

The White House's grandiose announcement that Donald Trump has pledged $1 million to support Hurricane Harvey relief efforts ran into a huge obstacle within seconds of its release: Nobody believes him.

The administration was initially tight-lipped about whether Trump would donate at all, saying Trump — who has claimed to be worth $10 billion — is "looking into different options." He has also been criticized for his response to the storm and was caught lying about witnessing damage from the event "first hand."

Suddenly, the White House made an announcement designed to draw attention away from his stumbles. Press Secretary Sarah Huckabee Sanders said Trump "would like to join in the efforts" and is "pledging a million dollars of personal money to the fund."

Sanders did not specify what "fund" that is and claimed that Trump wants reporters to tell him where his money should go.

But right away, it was pointed out that Trump has done this before. Last year, when he ducked out on a Republican presidential debate, Trump announced at an alternative event that he had donated $1 million to veterans' groups. He hadn't.

The Washington Post and other news outlets doggedly followed up with the Trump campaign, seeking proof that he had made the donation. It wasn't until the pressure from the reporting went public that Trump finally made the donation for which he had already begun taking credit.

It turns out Trump has a long record of boasting about sizable donations for which there is no evidence at all. He took personal credit for millions of dollars in charitable donations over the years, but reporting exposed that these were actually sourced to the Trump Foundation, and fueled by money from other people — not Trump.

Episodes like that have contributed to Americans believing that Trump is a liar, and that promises like his Harvey donation claim should be taken with a "yuge" grain of salt.

A member of the Trump clan seemed to give away the game, as his son Eric Trump tweeted, "Let's see if @CNN or the #MSM acknowledges this incredible generosity." Clearly, the Trump family is seeking credit for the announcement without having followed through on it yet.

CNN quickly chided him. The network had reported on his father's unfilled pledge hours before he tweeted it out.

Eric Trump was previously caught funneling thousands in donations for children with cancer back into the Trump Organization.

Tony Schwartz, who ghostwrote Trump's "Art of the Deal," believes it is a ruse, tweeting, "No way Trump donates $1m of own money to Harvey victims. He only promises to give. Never actually does."

There's no reason, based on his track record, for anyone to believe that Trump has done anything beyond make an announcement about a possible donation. His track record shows that it is likely that he is lying about following through with it. Until he shows proof of actually making a donation, rather than just a promise of one, he doesn't deserve any credit for it.