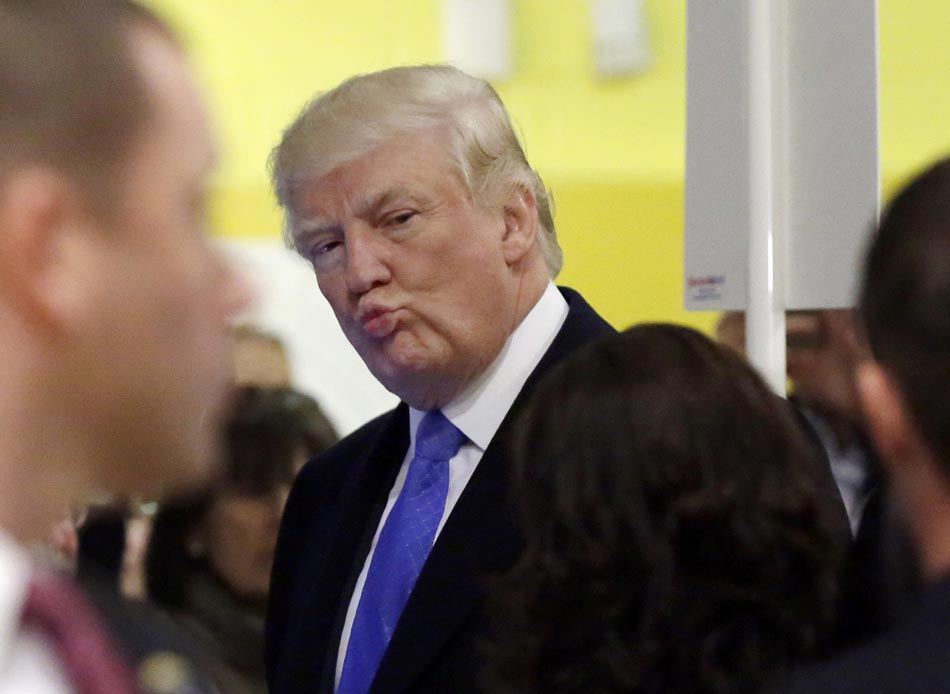 Donald Trump's CEOs have abandoned him. So he's pretending it was his idea — one day after claiming he had "many to take their place."

Corporate American cannot get away from Donald Trump and his toxic embrace of Nazis and white supremacists fast enough.

A day after several CEOs of his Manufacturing Advisory Council resigned in protest of his repeated defense of the white supremacists who rioted in Charlottesville, Virginia, Trump's primary business advisory group of CEOs, the Strategic and Policy Forum, is disbanding altogether, according to Axios.

The CEOs arranged an emergency conference call Wednesday morning to discuss their options. Several reportedly intend to resign if the council is not disbanded altogether. Ultimately, it was a "quick" decision, according to one executive.

"Given the comments of the last several days," the executive said, "no one could continue to be seen as supporting this kind of divisiveness."

Meanwhile, the Manufacturing Advisory Council is holding a similar call on Wednesday. Already, more CEOs have resigned from that group.

It's an awkward situation for Trump, who only a day ago blithely dismissed those CEOs who have already jumped off the Trump train:

For every CEO that drops out of the Manufacturing Council, I have many to take their place. Grandstanders should not have gone on. JOBS!

Among the "grandstanders" desperately seeking to distance themselves from the colossal train wreck that is Trump, as he further descends into a shocking and despicable defense of Nazis and Confederate traitors, are the CEOs of General Motors, JPMorgan Chase, Wal-Mart, PepsiCo, and IBM.

When news broke Wednesday of America's top CEOs abandoning Trump, he desperately attempted to save face, tweeting that he had decided to disband those groups.

Rather than putting pressure on the businesspeople of the Manufacturing Council & Strategy & Policy Forum, I am ending both. Thank you all!

That's not what the media is reporting, however. CEOs were already fleeing. But it's a safe bet Trump will insist that's just fake news.