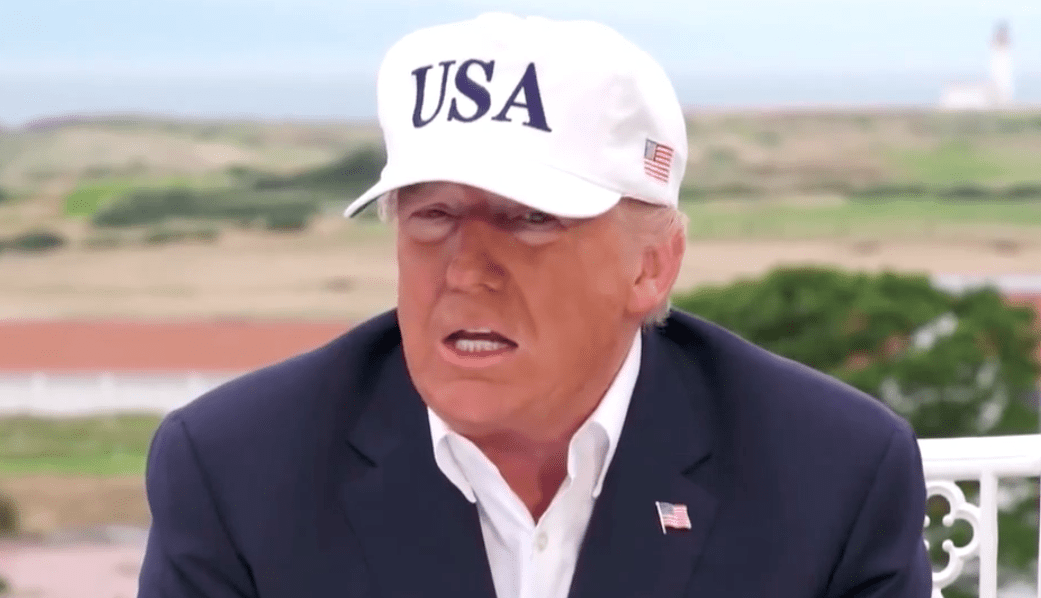 Trump isn't even pretending to care that top Russian officials tried to interfere with the 2016 elections.

After the Mueller investigation handed down a dozen indictments of Russian intelligence officials for interfering with the 2016 elections, Trump said he wasn't even thinking about asking Putin to hand those officials over to the United States to be tried in court.

During an interview that was taped on Saturday, "CBS Evening News" anchor Jeff Glor asked Trump: "The Russians who were indicted, would you ask Putin to send them here?"

"Well, I might," Trump said, clearly caught off guard. "I hadn't thought of that, but I certainly — I'll be asking about it."

Then he quickly pivoted to trying to blame Obama for the Russians' crimes — crimes he dismissively referred to as "whatever it was."

"I think the DNC should be ashamed of themselves for allowing themselves to be hacked," he said.

In reality, however, the intelligence community report on Russia's activities during the 2016 election says that Russians were successful in hacking Republicans — but that they didn't release what they had collected.

"Russia collected on some Republican-affiliated targets but did not conduct a comparable disclosure campaign," the report said.

Trump and his minions have been trying to blame Democrats for the Russians' crimes since before Trump was inaugurated. But in the face of this new round of indictments, Trump's insistence on covering for Russia is all the more outrageous.

Equally shameful is the conduct of congressional Republicans, who continue to protect Trump and attack the Justice Department — despite the five guilty pleas, and now dozens of indictments, that the Mueller investigation has produced.

Trump isn't even pretending to care about what Russia did to the United States, and Republicans are letting him get away with it.