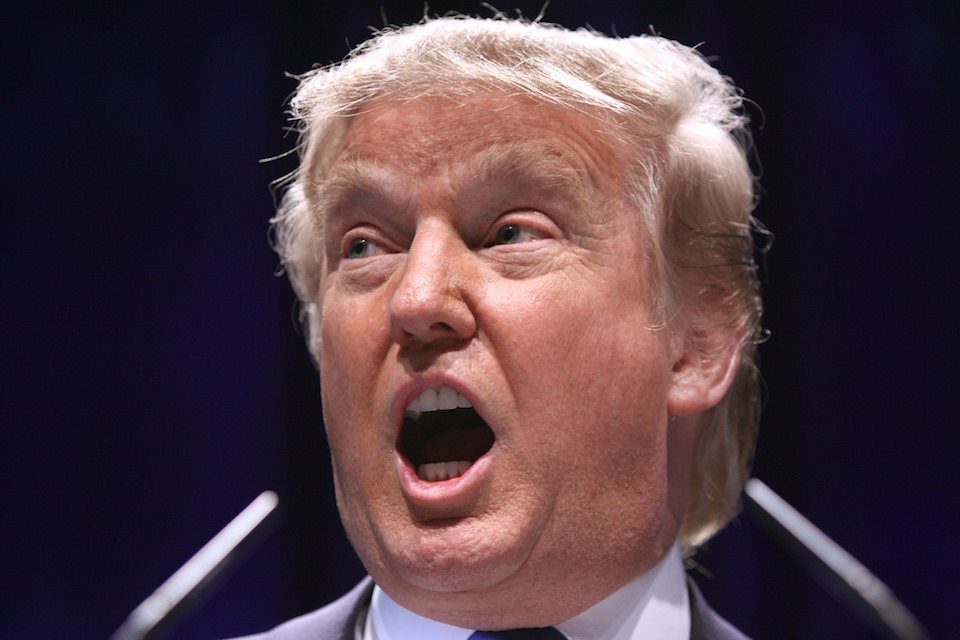 (Gage Skidmore/Flickr)
Get The American Independent in your inbox

Embracing authoritarianism, Trump wants the government to crack down on journalists who reveal the truth.

Apparently not satisfied with merely whining about the press, Donald Trump now wants to federal government to do something about it.

Why Isn't the Senate Intel Committee looking into the Fake News Networks in OUR country to see why so much of our news is just made up-FAKE!

It’s an astonishing call even for Trump, whose ginned up campaign against the news media has served him well, politically, for the last two years. The idea that American politicians should actively investigate, and perhaps penalize, reporters because politicians don’t like the legitimate content reporters produce represents an open attack on the First Amendment. It’s even worse that Trump is demanding that a loyalist portion of the federal government wage a selective media war on his behalf.

That’s what Nixonian, authoritarian rulers try to do. It’s not what leaders of open democracies attempt. The First Amendment was specifically created to protect journalists. And one of the most important protections is shielding them from public officials who might be tempted to use the power of the government to punish truth tellers in the news business.

Trump’s demand that the Senate drag reporters before their committees to defend their work is anathema to a free press.

It’s just the latest in Trump’s long-running war on the free press, which began two years ago when he openly disparaged reporters on the campaign trail, and herded journalists into metal pens at his rallies.

Trump is clearly reeling from two Wednesday setbacks: more news about the Russia probe, and a humiliating report that his secretary of state referred to him as a “moron” over the summer "was on the verge of resigning," as NBC reported and CNN later confirmed as well.

At a hastily arranged press availability, Tillerson denied he was unhappy in his post, but refused to deny the “moron” account. NBC stands by its reporting.

While the committee hasn’t concluded whether the Trump campaign actively colluded with Russians, which could be an impeachable offense, the committee completely backs the assessment made earlier this year by U.S. national security community that Russians unquestionably mounted a historic campaign to interfere with the election.

Trump constantly dismisses the sweeping Russia probe, which has ensnared social media giants Facebook and Twitter, as nothing more than a partisan hoax. Trying to prosecute journalists represents one of the few ways Trump might be able to slow the story down.