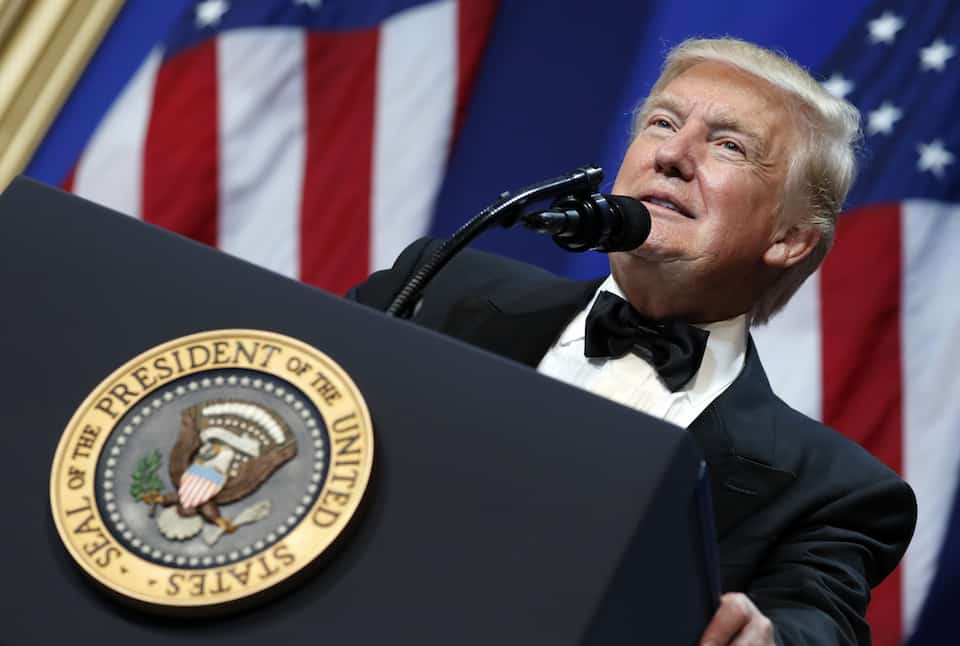 Donald Trump is restarting the campaign slush fund that poured millions into his family's businesses during the 2016 election.

The 2016 presidential campaign fattened Donald Trump's wallet, as he took in money from Republican donors and transferred much of it directly to his own bank account. We don't know how much because he won't release his tax returns.

His campaign directed $12.7 million dollars of donor money to Trump family businesses in the last cycle, with the bulk of it coming in payments for use of his private jet, Trump Tower, and Mar-a-Lago.

Now, with the backing of the presidency and all the trappings and grandeur that come with the office, Trump is getting a jump on building up a newer, bigger slush fund to for the 2020 campaign.

Trump is holding a fundraiser Thursday night at his Washington-based hotel, Trump International, which has been the hive for ethically suspect behavior directed toward Trump since Election Day. The hotel has been the location of choice for foreign governments seeking to curry favor with the Trump administration — transactions Trump profits from due to his refusal to divest from his holdings.

The enterprise will be generating funds for Trump right away. The two fundraising operations, Trump Victory and the Trump Make America Great Again Committee, will have to pay Trump's hotel for the space to host the event. That money will go right into Trump family coffers.

The committees have already brought in $9.9 million in donations so far this year, which could mean that Trump has pocketed a six-figure sum more than 1,200 days before America's next presidential election.

It is unclear if Trump has used any of that money to pay for the personal lawyers he has hired to defend him in the special counsel investigation of his activities to obstruct probes of his Russian ties.

Richard Painter, former White House ethics counsel under George W. Bush, was blunt in his assessment of the corrupt affair.

"It's pay-to-play," he told NPR. "The appearances are terrible."

Trump has been using the White House for personal profit since day one of his administration. He traveled using the publicly funded Air Force One to enjoy weekend vacations at his Mar-a-Lago property, inconveniencing local police and airports at public expense so he could generate global advertising for his properties.

For the remainder of his time in office, Trump will be able to use the presidency to accelerate his campaign activities, not only continuing to blur ethical lines and enrich himself, but to do so at the expense of American taxpayers.