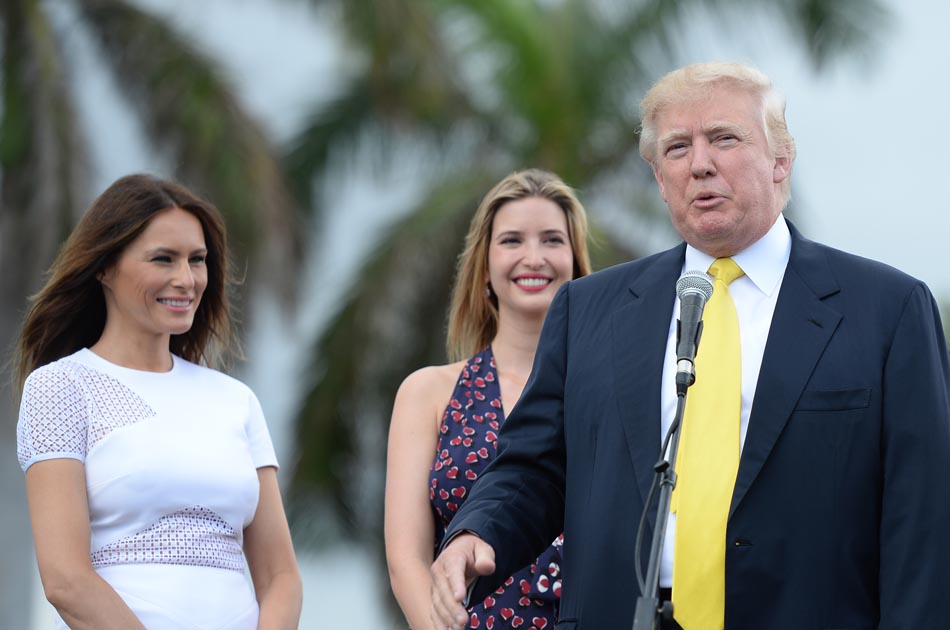 (AP: mpi04/MediaPunch/IPX)
Get The American Independent in your inbox

President-elect Donald Trump's multitudinous conflicts of interest now include selling access to himself and his family at a New Year's Eve gala at his Mar-a-Lago estate, at which he will be in attendance. With more than 800 guests scheduled to attend, and tickets reportedly starting at $525, Trump will pocket a minimum of $420,000 for the event, which is yet another gross conflict of interest.

Politico reports that President-elect Donald Trump is throwing a "New Year's Eve extravaganza" at his privately-owned Mar-a-Lago resort in Palm Beach, at which he and his family will supposedly be in attendance:

Saturday’s formal event is scheduled to include a cocktail hour in the resort’s living room and patio area, followed by dinner and dancing until 1 a.m. in its grand ballroom to live music performed by the band Party on the Moon, according to Sean Spicer, Trump’s incoming White House press secretary.

Spicer, on a Friday morning conference call with reporters, said the party is already “sold out” with more than 800 people scheduled to attend...

A person who travels in Palm Beach society circles said that tickets to the party were being sold for $525 each for members and $575 each for guests.

Trump’s transition team declined to comment on the ticket prices.

This soiree clearly presents an enormous conflict of interest for the incoming president, mere weeks before his inauguration. And yet, entirely expectedly, incoming White House Director of Strategic Communications Hope Hicks "rejected criticisms that Mar-a-Lago was selling access to the president-elect."

“The transition is not concerned about the appearance of a conflict,” she said. “This is an annual celebratory event at the private club, like others that have continued to occur since the election. Additionally, the president cannot and does not have a conflict.”

Hicks is parroting what Rudy Giuliani proclaimed in November — that conflict of interest laws do not apply to the President of the United States. Which is true insofar as there is no existing law preventing sitting presidents from running a (domestic) side business, but conflicts of interest are often about ethics and established standards as much as they are about the law.

It is yet another implicit assertion that President-elect Donald Trump will only be as ethical as the laws require him to be, and not a smidgen more.