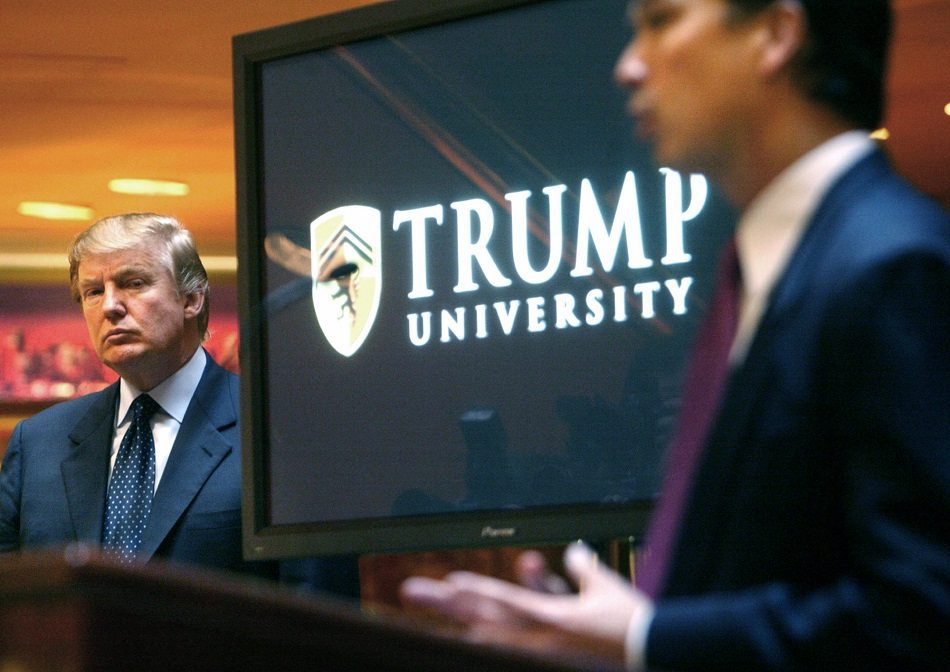 (AP Photo/Bebeto Matthews, File)
Get The American Independent in your inbox

During a hearing today, Donald Trump conceded to a significant settlement for the victims of his Trump University scheme. It's a win for the people who alleged fraud — and it's a win for Trump, allowing him to continue his White House transition absent the threat of potential impeachment.

During the campaign, Donald Trump offered this boast about his university, and his supposed principles:

Trump University has a 98% approval rating. I could have settled but won't out of principle!

Contrary to this previous declaration, today he agreed to settle the three lawsuits against Trump University, to the tune of $25 million. This will compensate over 6,000 victims who claimed to have been defrauded by Trump’s university venture, and includes up to $1 million in penalties to the State of New York for violating state education laws.

Considering Trump’s unsuccessful efforts to delay the November 28 trial date for this matter until after inauguration, the timing and size of this settlement was predictable, and consistent with the president-elect’s reversal of campaign statements that become inconvenient for him.

Though the lawsuits were civil, not criminal cases, a loss by Trump after his inauguration might constitute a “high crime” or “misdemeanor” worthy of impeachment — unlikely in a GOP-controlled Congress, but possible. Not to mention that no president-elect in modern memory has taken office under a cloud of pending lawsuits.

The settlement is certainly what New York Attorney General Eric Schneiderman called “a major victory for the over 6,000 victims of his fraudulent university.” But it is also yet another victory for Trump’s campaign of obfuscating his way into the Oval Office.