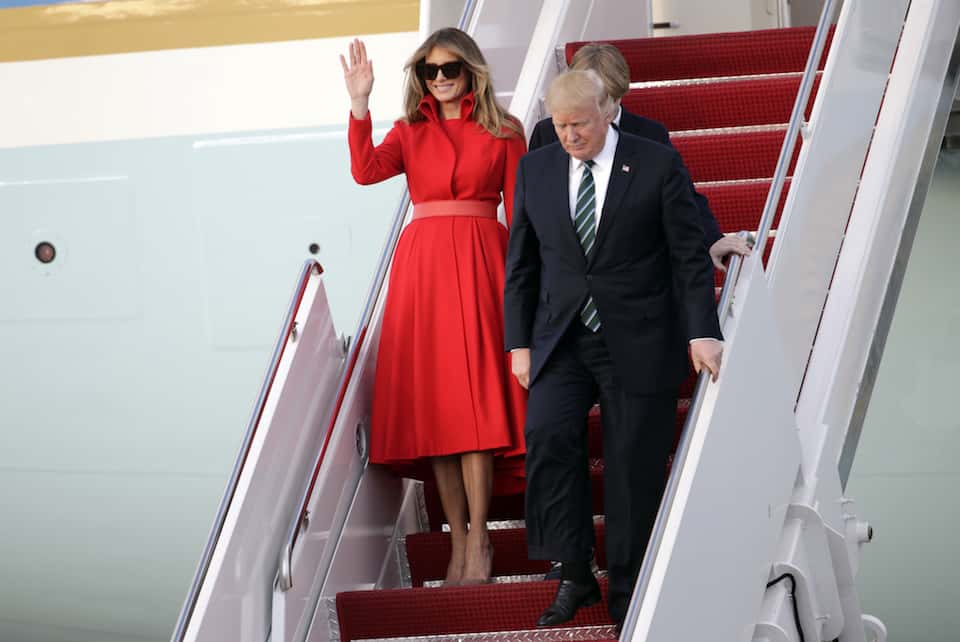 The unusual costs incurred by the Trump family for Secret Service protection are now cutting into that agency’s budget, taking funds away from investigating missing and exploited children.

The Washington Post reports that the Secret Service has requested an additional $60 million in funding to deal with "the escalating costs for travel and protection resulting from the unusually complicated lifestyle of the Trump family."

Nearly $26.8 million of those funds are needed to protect Donald Trump's family and his private home at Trump Tower in New York City, where his wife, Melania, and their young son, Barron, have have continued to live while Trump has been in the White House during the week. And Trump's many weekends at his Mar-a-Lago estate in Florida have also increased protection costs, and have burdened local government, who have — so far unsuccessfully — sought reimbursement from the government.

Trump's Office of Management and Budget rejected the Secret Service request for more money. So, the Post notes, "That means the agency will likely have to divert other spending to handle the additional burden."

That money may have to come from somewhere within Secret Service operations. The agency, which is part of the Department of Homeland Security, has several functions in addition to protecting the president, vice president, and their families — Secret Service agents investigate cybercrime, counterfeiting operations, and cases involving missing and exploited minor children.

Former Secret Service agents speaking to the Post said the budget request appears to indicate that Trump and his family are not doing much to limit their travel and living arrangements, instead making taxpayers finance extraordinary security demands.

The $26.8 million is apparently a new request for funds not needed during the Obama presidency, as the budget item was marked as $0 for previous years, according to the document the Post obtained. Yet at a campaign event in 2016, Trump said, "If you're at the White House and you have so much work to do, why do you fly? Why do you leave so much?"

Now that he is living on the taxpayer's dime, Trump does not seem to be as concerned.

And if the Secret Service has to skimp on services to help missing children? Oh well.