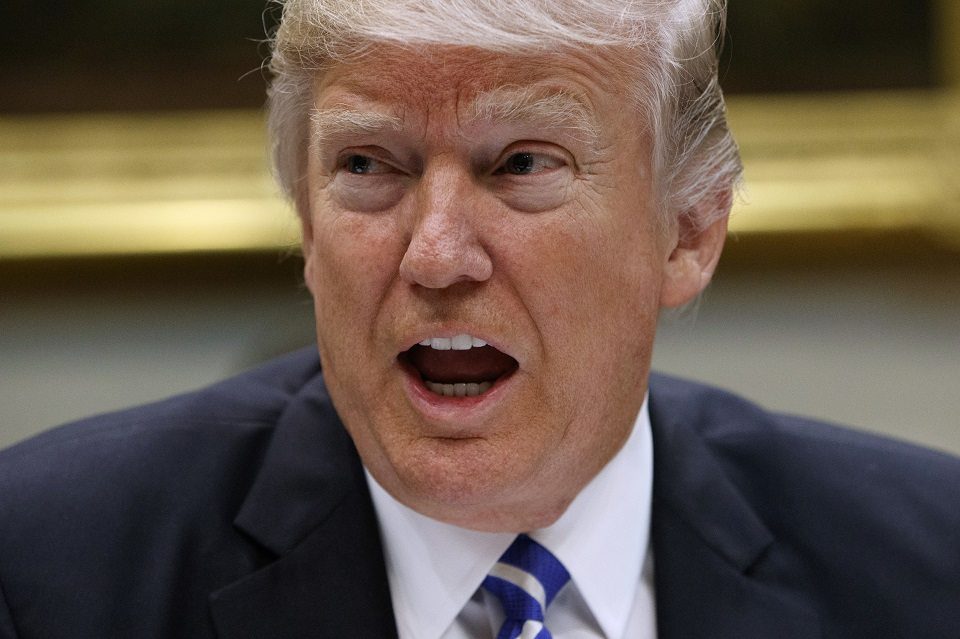 Trump kicked off the new week with an attack on President Obama, just hours after the revelation that special counsel Robert Mueller is tightening the noose.

On Sunday night, reporting emerged that Mueller has issued subpoenas for all communications with at least ten Trumpworld figures dating from November of 2015 to the present, including Trump.

Hours later, Trump attacked the investigation and President Obama, tweeting "Why did the Obama Administration start an investigation into the Trump Campaign (with zero proof of wrongdoing) long before the Election in November?"

"Wanted to discredit so Crooked H would win," Trump wrote. "Unprecedented. Bigger than Watergate! Plus, Obama did NOTHING about Russian meddling."

Trump's desperate attack is remarkable for a number of reasons, not the least of which is that he managed to pack six lies into a single tweet.

The Russia investigation was started by career intelligence officers, not Obama administration political appointees, and was begun after then-Trump campaign adviser George Papadopoulos bragged about the Russians having dirt on Hillary Clinton.

President Obama actually held back on publicizing the Russian interference when Republicans refused to agree to a joint statement because he did not want to be perceived as tilting the election, and Republicans also insisted on watering down a warning to states about Russian cyber intrusions into voting systems.

When Obama did impose sanctions on Russia for meddling, Trump publicly reassured Putin. Therefore, lawful counterintelligence investigations are neither "unprecedented" nor "Bigger than Watergate."

Trump's tweet is also remarkable, though, for unintentionally reminding the world that there was, in fact, credible enough evidence of Russian infiltration of the Trump campaign to warrant the opening of that investigation.

Trump has made a disturbing habit of melting down as Mueller draws nearer, but his desperate attacks only succeed at highlighting his guilt.