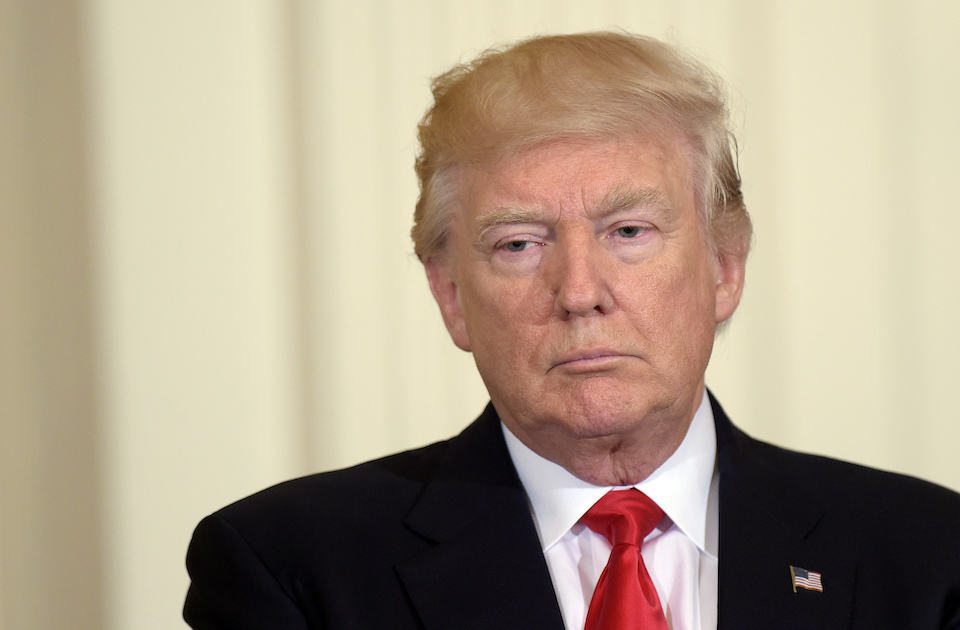 Hours after calling The New York Times to insist everything is fine, Donald Trump has pulled the nomination of Sam Clovis, who recently testified in front of the grand jury investigating the Russia collusion scandal.

Donald Trump called a New York Times reporter and told her that he is not concerned or angry about the indictments of his campaign manager and aides. Hours later, the nomination for Sam Clovis, who was up for a position in the Department of Agriculture, was pulled.

While Trump was telling the Times "I’m not under investigation, as you know" and insisting "I’m actually not angry at anybody," the embarrassing withdrawal was already in the pipeline and once again highlights the corruption and criminality closely associated with Trump's presidency.

It was recently disclosed that Clovis testified in front of the grand jury working on the sprawling investigation into Trump's ties to Russian election interference.

Paul Manafort, who was the chairman of Trump's campaign and an associate of his for decades, was indicted on multiple charges, including "conspiracy against the United States." His longtime associate Rick Gates, who also worked on the Trump campaign and visited the White House after Trump took office, was indicted as well.

Clovis worked in the scandal-plagued Trump campaign and operated as the supervisor to George Papadopoulos, the Trump aide who pleaded guilty to lying to the FBI. Papadopoulos is currently cooperating with the investigation, and the Trump team has tried to minimize his role, claiming he was simply a volunteer who fetched coffee, even though Trump called him an adviser.

To become chief scientist at the Department of Agriculture, Clovis would have had to testify under oath in his confirmation hearing, and would no doubt be asked about the special counsel investigation conducted by Robert Mueller.

In addition to his role in the Trump-Russia scandal and investigation, reporters have unearthed writing from Clovis associated with conspiracy theorists. But those writings do not seem to have hurt his standing with Republicans, perhaps because they echo beliefs associated with Trump and other party leaders.

In his letter withdrawing his nomination, Clovis lavished praise on Trump.

"The political climate inside Washington has made it impossible for me to receive balanced and fair consideration for this position," Clovis wrote. "The relentless assaults on you and your team seem to be a blood sport that only increases in intensity each day."

Insisting that he has "served the nation for 50 years with dignity, honor and integrity," he concluded by vowing to "remain a devoted and loyal supporter."

The development is just the latest embarrassment for Trump in a terrible week for his unpopular presidency.

He has failed several tests of leadership in responding to a terrorist attack in New York, while his unhinged tweets could lead to the accused terrorist getting off.

Now, the scandal that has shadowed his presidency before it even began has again disrupted the steady operation of the government, and there is no improvement in sight.