Home National Trump says he does not need intelligence briefings because he is 'a...
Support progressive journalism.
Donate today 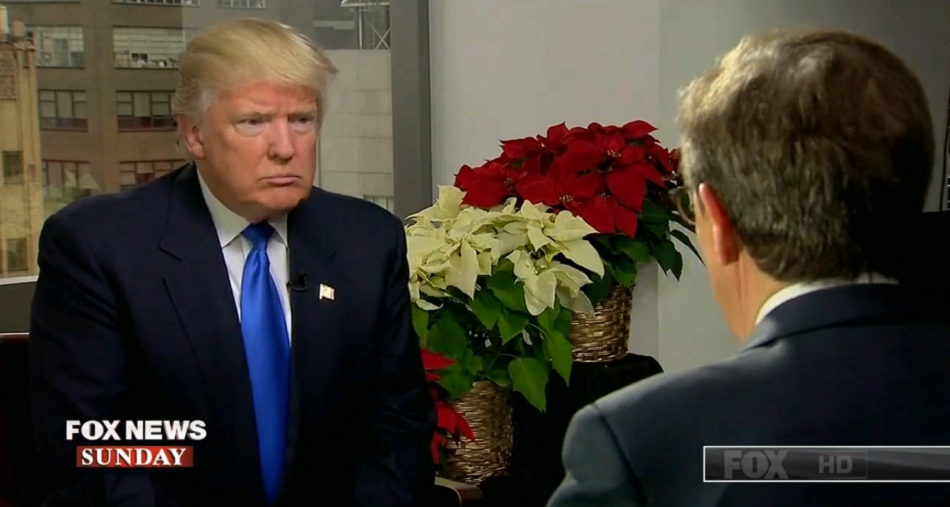 Donald Trump has attended only a few intelligence briefings thus far in his presidential transition, allowing his Vice President-elect to attend in his stead most of the time. On Fox News Sunday, he told Chris Wallace he did not need the daily briefings — because he is "like a smart person."

It was already clear that President-elect Donald Trump is not overly interested in actually performing the job for which he was elected — and that he is happy to allow his second-in-command, Mike Pence, to take the reins on many major decisions and details.

Incredibly, those details include the daily intelligence briefings which all presidents and presidents-elect receive. Given that Trump has no political, military, or foreign policy experience, one might expect he would view these briefings as integral to his ability to do his job well.

But according to Trump, that is not the case. As he told Fox News Sunday host Chris Wallace, he is "like a smart person" who does not need regular updates from the intelligence community:

WALLACE: I just want to ask you about your skepticism about the intelligence community. You are getting the presidential daily brief —

WALLACE: — only once a week.

TRUMP: Well, I get it when I need it.

WALLACE: But is there some skepticism?

But if they're going to come in and tell me the exact same thing that they told me, you know, that doesn't change necessarily. There might be times where it might change. I mean, there will be some very fluid situations. I'll be there not every day but more than that.

But I don't need to be told, Chris, the same thing every day, every morning, same words. 'Sir, nothing has changed. Let's go over it again.' I don't need that.

It is preposterous to claim that being "smart" means he has no need for intelligence briefings. Indeed, the premise is so utterly foolish that it thoroughly contradicts his assertion of being smart.

Perhaps Trump is being thrown off by the name, but the "intelligence" in these briefings is not about making the recipient smarter in general; it is about keeping the president apprised of classified information regarding global developments and potential problems or threats, as well as updates on covert activities run by the U.S. in foreign countries.

The necessity of this information has no relationship to the I.Q. of the person to whom it is given. If Trump were as smart as he insists he is, he would realize that.

Instead, he will continue to ignore his presidential duties, and allow his Vice President to run the show behind the scenes.