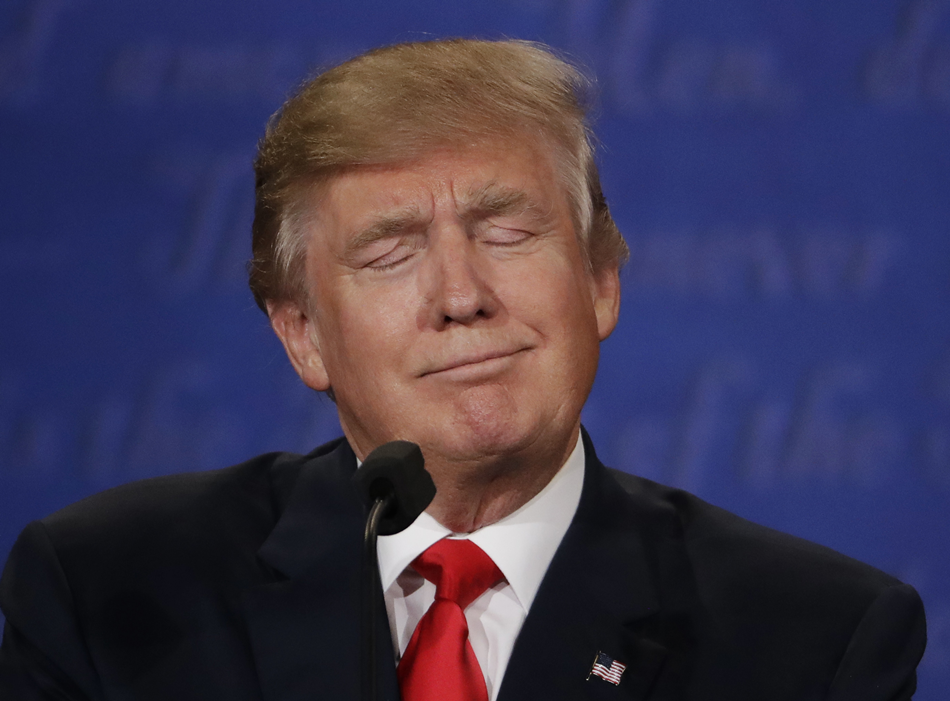 Donald Trump has been toying with the idea of claiming a rigged election if he loses, but at the third and final presidential debate, he flatly refused to say he would recognize the results of the November 8 election. And that was just one of several disqualifying statements from the Republican candidate.

Debate moderator Chris Wallace asked Trump several times, in several different ways, and Trump treated the question the way he would a cliffhanger on his TV show:

Trump's refusal to say he will accept the results of the election is, in the truest sense of an overused word, disqualifying.

"I'll keep you in suspense" is in line with Trump's attitude towards this entire campaign: it's a reality television pre-scripted plot

Trump, enemy of democracy:
1) My opponent shouldn't be allowed to run
2) If I lose, I may dispute outcome
3) If I win, she will go to jail.

Even Republicans found his comments disturbing:

.@realDonaldTrump saying that he might not accept election results is beyond the pale

Hillary Clinton rightly called that development "horrifying." It was an exclamation point to a debate in which Trump said things that are jaw-dropping even by his own abominable standards:

Trump is literally praising the leaders of ISIS, saying how smart they are, while criticizing an operation US military is involved in. WOW

Trump ended the debate by calling Clinton a "nasty woman," a fitting example of his utter contempt for women.

How do you think Trump is gonna feel when all the "nasty women" get out and vote on November 8th? pic.twitter.com/Hc4YkialER

Millions of Americans will be glad when this nightmarish Trump campaign is over.