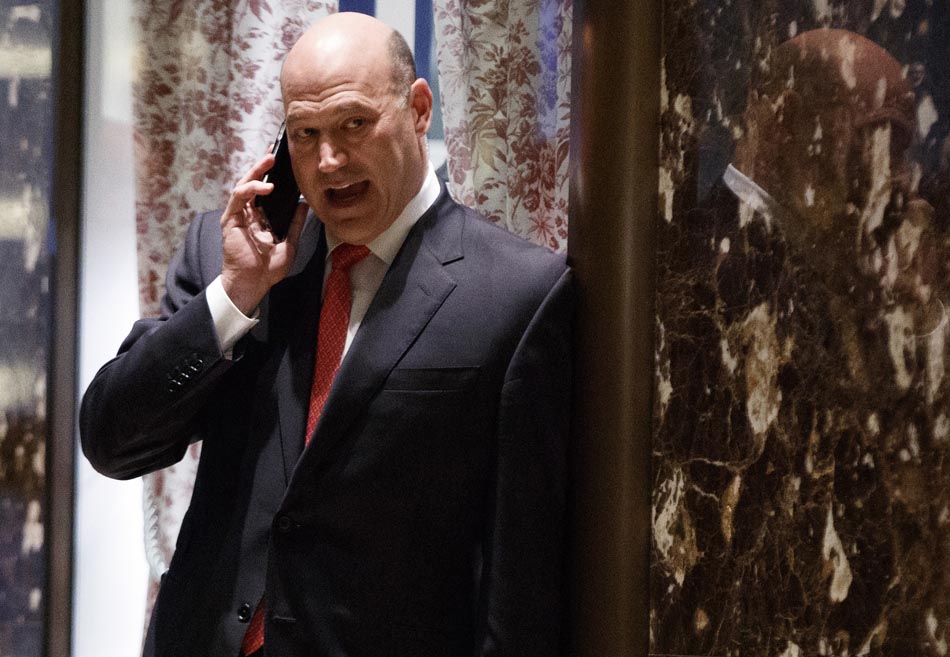 Donald Trump has offered Goldman Sachs' Chief Operating Officer, Gary Cohn, the post of director of the National Economic Council. Despite his "drain the swamp" campaign rhetoric, Trump is ushering the people he identified as part of "the swamp" right into the highest levels of his administration.

During the campaign, Trump repeatedly accused Hillary Clinton of being "owned" and "bought and paid for" by Wall Street, including tweeting out this absurdity:

#CrookedHillary is nothing more than a Wall Street PUPPET! #BigLeagueTruth #Debate pic.twitter.com/skhBWG6AQ3

But as President-elect, Trump seems more than happy to not only engage with Wall Street, but to appoint veterans of the financial crisis to his cabinet.

[A]s Eric Levitz noted at New York Magazine, Trump’s final campaign ad used an image of the Goldman Sachs chief executive, Lloyd Blankfein, “as an embodiment of the global elite that has ‘robbed our working class.'”

Cohn is a particularly egregious choice, as he oversaw Goldman Sachs during the lead up to the financial crisis. In 2008, while people who had sub-prime mortgages were foreclosed upon, Cohn raked in $42.3 million. And in April 2016, his firm was fined $5 billion for their role in securing toxic assets that were, in fact, bad loans and sub-prime mortgages.

Trump's appeals to working class voters during the campaign frequently came with insults toward Wall Street, including statements like "Wall Street has caused tremendous problems for us."

But he is stacking his cabinet with Wall Street denizens who have actively worked against the interests of the American people.