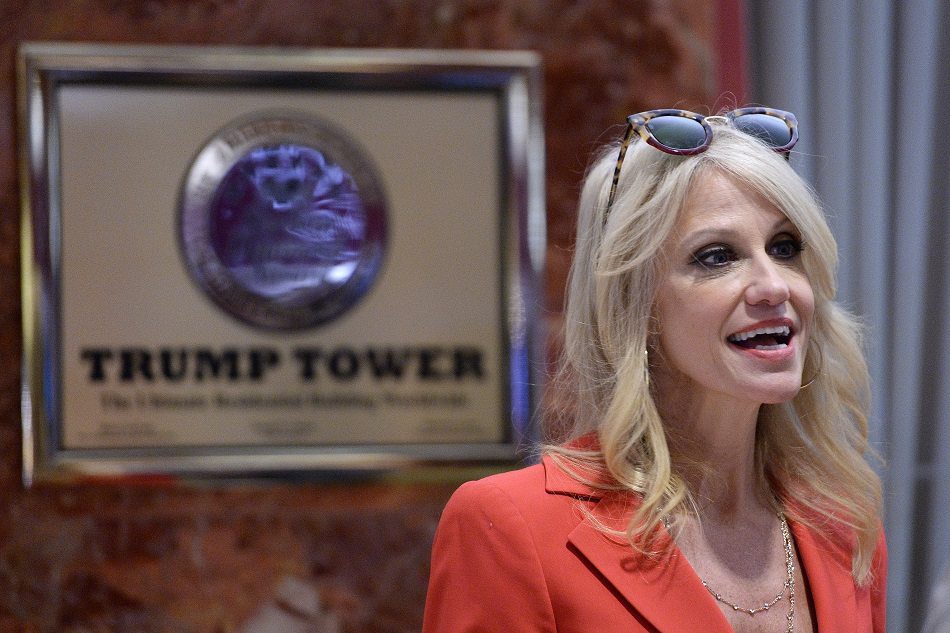 When President-elect Donald Trump briefly tanked Boeing's stock price with a false tweet, his administration-in-waiting did not shy away from the accusation — they embraced it.

In a little-noticed interview with CNBC, Donald Trump's senior advisor, Kellyanne Conway, openly boasted about Trump's ability to influence the stock market with only his words, specifically citing his ability to tank Boeing's stock with a single tweet, and to benefit a Japanese company in similar fashion:

Through tweets now, he can affect industry. He affected the stock market yesterday, frankly. And he did it twice. He did it in two different ways. First, by telling Boeing to cancel the project or maybe put it on hold. He thinks it's too expensive and it goes against his entire platform of cutting waste and abuse in the system. And then their stocks went down 1.5% yesterday. And then secondly, he went down to the lobby in Trump Tower where the media are and he announced a $50 billion, that's with a "b," investment by Softbank. And their stocks went up.

The Boeing stock rallied by the end of the business day, but at its low point, Trump's tweet cost Boeing shareholders $1.39 billion. As my colleague Melissa McEwan points out, billions of dollars of losses, especially if not quickly recovered, often results in American job losses. It can also result in American retirement and savings investments lost. If your 401k dumped its Boeing stock when it tanked, you lost money.

On the other hand, anyone who bought stock in Softbank just as the Tokyo Stock Exchange closed on Tuesday had their foresight rewarded when Trump tweeted about the deal:

Masa said he would never do this had we (Trump) not won the election!

Softbank had closed at ¥6,956.00 before Trump's tweet. Here is what happened when trading opened the following day:

Importantly, though, both sets of Trump tweets have the added feature of being false: His figure for the Boeing deal was entirely made up, and the Softbank investment for which he took credit came from a fund that predated his electoral college victory.

The implications of Conway's boast are far-reaching: Just as Trump has promised "retribution," Conway is promising more reckless, outrageous conduct from the president-elect.

As someone who has covered the White House, one of the things I learned from White House officials is the necessity of restraint in what they say, because of the outsized power of a presidential administration to influence merely with words.

That need for restraint, though, permeates all aspects of the presidency, and this episode is evidence that Trump's people do not merely fail to recognize his recklessness — they see it as a feature.

With just a phone call and a couple of tweets, Trump managed to set off diplomatic and financial earthquakes, all in one week. And he has not even been inaugurated yet.