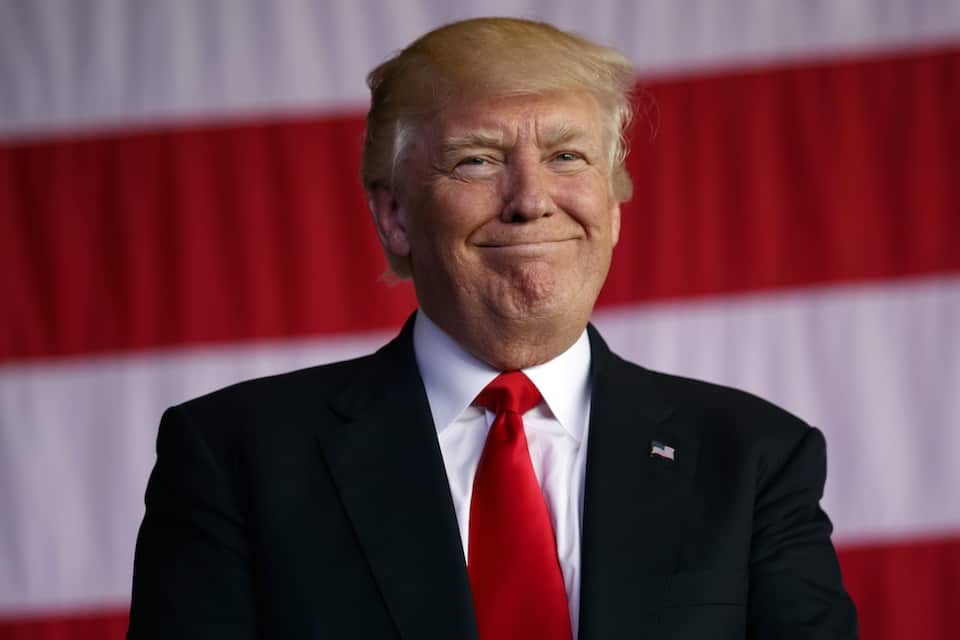 Without regard for growing concerns about his own possible collusion with the Russian government, Donald Trump offers Putin a gift.

Just as the investigation into Donald Trump's possible collusion with the Russian government heats up, he is reportedly taking the shockingly brazen step of beginning to dismantle sanctions against Russia.

And the sanctions he is targeting for removal first? They are directly related to the very Russian activities involving Trump and the 2016 United States presidential election that are currently under investigation.

On Dec. 29, 2016, President Barack Obama announced punitive measures in response to Russian interference in the election and other aspects of Russia's ongoing acts of aggression. One of the steps taken was the closure of two compounds — one in Maryland and one in New York — reportedly used by Russian officials furtherance of their espionage activities.

In addition, 35 Russian officials were named as "intelligence operatives" and expelled from the country.

In a statement about the sanctions, Obama described them as "a necessary and appropriate response to efforts to harm U.S. interests" and warned that "such activities have consequences."

In April of this year, the Trump administration reportedly began negotiating the return of the properties into Russian control in exchange for Russia allowing the U.S. to build a consulate in a certain location in St. Petersburg.

However, now even that offer has transformed into a simple gift by the Trump administration to the Russian government, with the U.S. receiving nothing in return for presenting these properties back to Russia.

Rep. Adam Schiff (D-CA), ranking member of the House Permanent Select Committee on Intelligence, who is pushing forward with the House investigation into Trump's possible collusion with Russia, characterized the move by the Trump administration as a "reward" to Russia:

.@POTUS should not return properties Russians used for espionage that were shuttered after they interfered in our election. Why reward them? https://t.co/dv0EgTRSTL

Adam Jentleson, who was former Nevada Sen. Harry Reid's deputy chief of staff, likened the return of the compounds back to Russia as an "invitation to Putin" to spy on the U.S. and "violate our sovereignty":

If he hasn't already, Trump might as well issue a formal invitation to Putin to spy on us & violate our sovereignty. https://t.co/tGK0moZ80R

The December steps taken by Obama, including the seizure of the Russian compounds, were the most recent additions to a sequence of sanctions placed on Russia by the U.S. and our European allies in response to Russian aggression.

The implementation of sanctions began in 2014 in response to Russia annexing the Crimea territory of Ukraine and expanded as Russian active measures to the U.S. and European Union and its military aggression toward its neighbors continued.

Time will tell whether the Trump administration will further undo sanctions against Russia. At a minimum, the timing of this decision, in the midst of ever-growing concerns about collusion between the Trump team and the Russian government, is remarkable and deeply troubling.