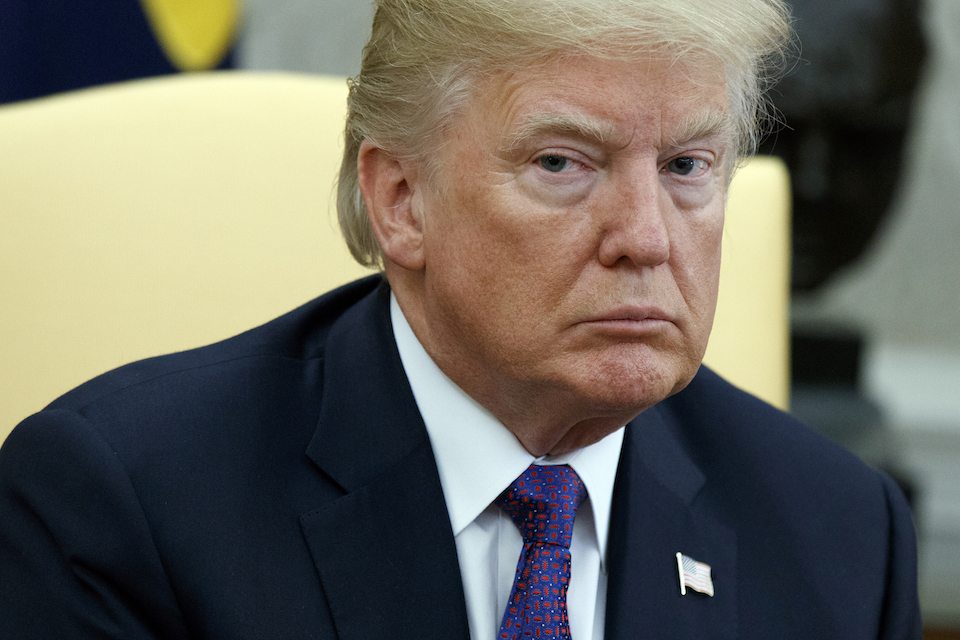 Trump has a knack for loudly backing candidates who blow sure-thing special elections. But he's gone noticeably silent after the GOP's loss in Pennsylvania.

After demanding credit if Republicans won this week's Pennsylvania special election, Trump has gone silent after the humiliating defeat.

He aggressively backed the hapless Republican Rep. Rick Saccone, making two visits to a district Trump carried by 20 points in 2016.

And the Pennsylvania debacle comes after Trump backed another spectacular loser, accused pedophile Roy Moore, in the Alabama special election in December.

And as evidence continues to mount that Republicans are facing a blue wave in November, Trump suddenly has nothing to say about electoral politics.

In the days and weeks leading up to the election, Trump was his usual vocal self. "Rick is a great guy. I think he’s going to do really well,” Trump told local reporters back in January.

"Will be going to Pennsylvania today in order to give my total support to RICK SACCONE, running for Congress in a Special Election," Trump tweeted excitedly at the time. "Rick is a great guy. We need more Republicans to continue our already successful agenda!"

During a rambling rally appearance from the Pennsylvania district last weekend, Trump urged rally attendees to "go out on Tuesday and vote like crazy" and said, “We need Republicans in office."

You get the idea:

Of course, when Trump openly backed Saccone in January, the Republican enjoyed a 12-point lead in the race.

The district held the special election to replace Republican Rep. Tim Murphy, who resigned in disgrace last year after reports revealed that the far-right congressman had asked a woman he was having an affair with to have an abortion.

The race should've been a layup for the GOP. The district is rated as an R+11, meaning it tilts very far in favor of Republicans. But Trump remains a deeply unpopular figure as chaos continues to consume his presidency.

And the tax scam that Republicans rammed through Congress late last year completely failed to move the needle for Saccone. By the end of the campaign, outside conservative groups that were buying TV time for the Republican virtually abandoned all tax-themed commercials.

And after the humiliating defeat, the previously vocal Trump has nothing to say. Because he's only interested in taking credit, and never willing to take the blame.