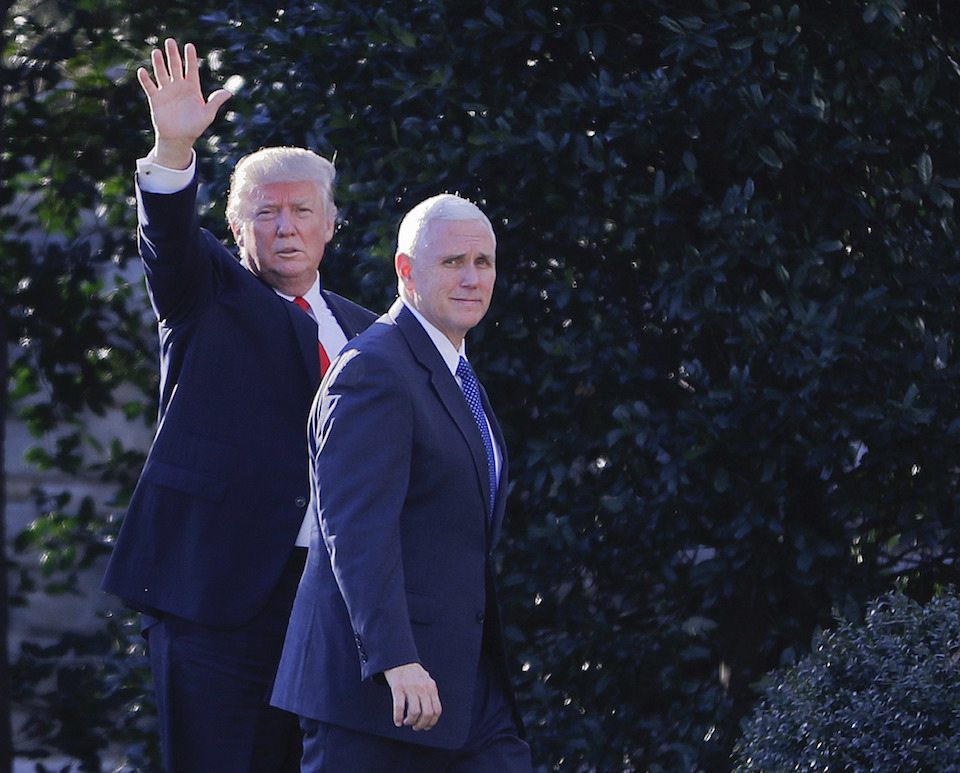 As millions in Florida brace for the massive impact of Hurricane Irma, Donald Trump and Mike Pence will be relaxing at Camp David, enjoying the customized leisure of the facility as Americans fight to survive the storm.

Donald Trump has decided that the appropriate response to Hurricane Irma, which is forecast to create massive damage in the United States, is to once again leave the White House and head out for another weekend trip. And this time he's taking Mike Pence with him.

Hurricane Irma is the first storm in recorded history to maintain winds of above 185 mph for this long. The forecast predicts that Irma will hit Florida and creep up the entire peninsula, impacting millions of lives. Major cities like Miami, Orlando, Tampa, and Ft. Lauderdale will be affected.

Trump himself tweeted that the storm is of "epic proportion" and proclaimed that "Federal G is ready!"

As the storm hits, Trump and his wife Melania will be at Camp David, the presidential retreat in Catoctin Mountain Park in Maryland. They will be joined by Mike and Karen Pence.

Trump also ran away to Camp David just as Hurricane Harvey brought unprecedented flooding to Texas a couple weeks ago.

Municipalities all across Florida are declaring a state of emergency, and certain parts of the state — like the Florida Keys — are facing mandatory evacuations in advance of the storm, which is a category 4 though that could increase as it spends time over water.

As that happens, the Trumps and Pences may be enjoying a foursome at Camp David's golf range.

The National Weather Service warns of "life-threatening storm surge and wind impacts to much of the state," which should be on Trump's mind as he decides whether to relax in the heated pools at Camp David, watch a film in the movie theater there, play a few games in the bowling alley on-site, take a horse out on the riding trails, or even see if he can master skeet shooting.

The storm has already caused major damage in multiple Caribbean islands, including the U.S. territory of Puerto Rico, where over 1 million people lost power. The Miami Herald told its readers that Irma is "what everyone has long dreaded: a monster hurricane bearing down on Miami and a coast with 6 million people."

Those Americans will not be comforted to know that instead of canceling his weekend getaway plans and staying at the White House to coordinate the complex interactions between federal and state authorities to respond to the storm, Trump and Pence may be engaged in an epic contest of horseshoe at the pit built at Camp David back in 1989.

Trump enjoys the luxuries that come with the presidency, whether that means Camp David or the ability to use tax dollars to fly to his own luxury resorts in New Jersey or Florida (Mar-a-Lago has been ordered to evacuate due to Irma), but he is completely disinterested in sitting still and doing the job he was unfortunately elected to: leading.