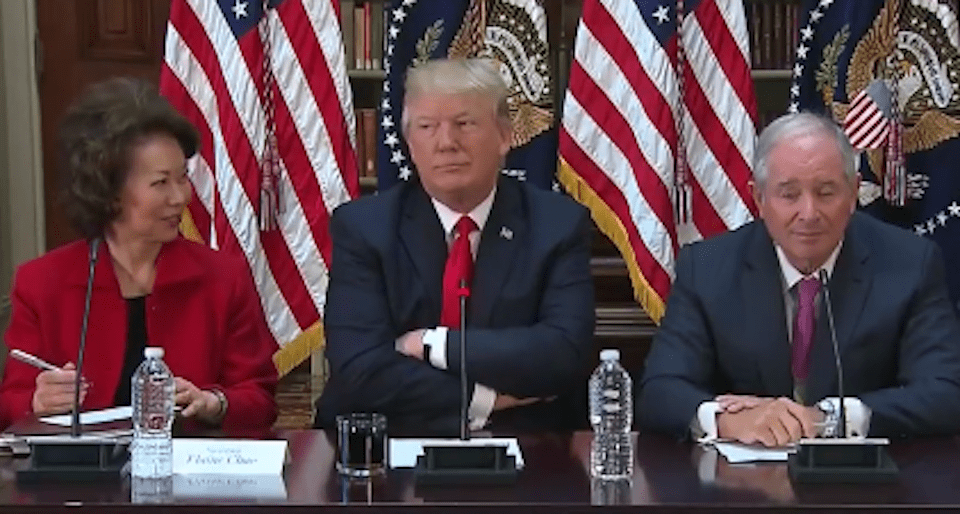 Donald Trump can try to avoid questions about Russian President Vladimir Putin, but no one is going to stop asking them.

In a telling reaction during a brief appearance before the press, Donald Trump refused to answer a question about Russian President Vladimir Putin, averting his eyes and crossing his arms, sending strong signals with his body language he wanted to shut down the subject.

ZELENY: Mr. President, have your views on President Putin changed?

TRUMP: Thank you all very much.

Trump's behavior was significant enough to cause veteran CBS White House correspondent Mark Knoller to comment on it via Twitter:

Pres crosses arms and looks away, declining to respond to @jeffzeleny question on whether his view of Russia's Pres Putin has changed. pic.twitter.com/fkQAIsukA7

No matter how much Trump tries to dodge questions about his ties to Russia and his relationship with Putin, the questions are not going away. Reporters refuse to be distracted — by Trump's tweets, his self-congratulatory press briefings, or his attacks on Syria.

The American people deserve answers about Trump's possible collusion with Russia, and we will not stop until we get them.