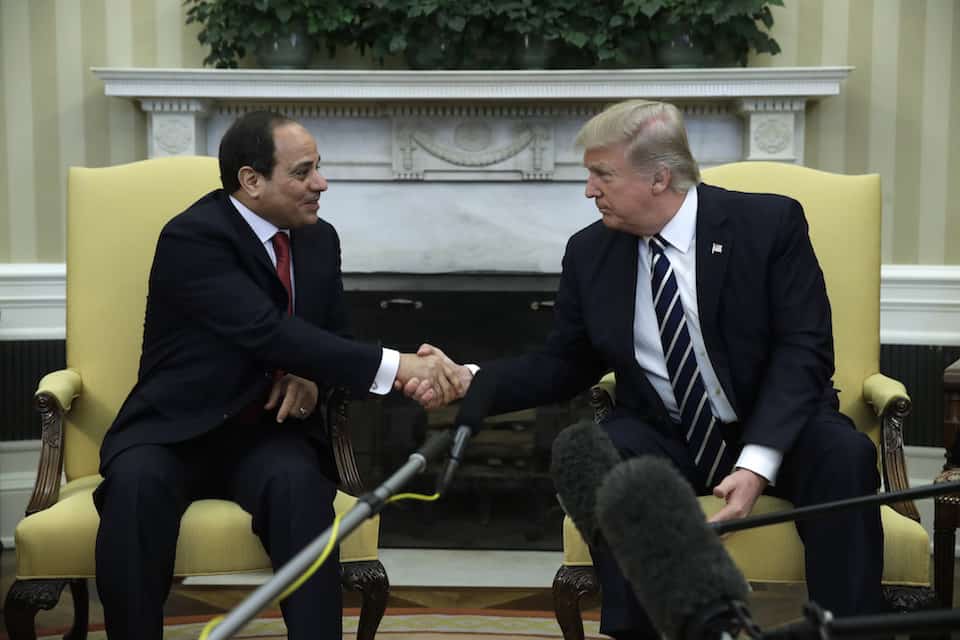 In March, Donald Trump snubbed one of our most important allies, German Chancellor Angela Merkel, refusing to shake her hand or even look her in the eye. That blatant disrespect stands in sharp contrast to how Trump handled his greeting of Egyptian military dictator Abdel Fattah el-Sisi, with plenty of direct eye contact and shaking hands with Sisi, not once, but twice.

Trump delivered extensive remarks during the pooled-press photo op, gushing that "we agree on so many things," and adding, "I just want to let everybody know, in case there was any doubt, that we are very much behind president el-Sisi."

And along the way, Trump posed for two handshakes with the dictator:

In case you missed it, here was Trump's photo op with Chancellor Merkel:

No handshake. No talking to one another.

That Trump-Merkel pool spray was pretty awkward. —via @MSNBC pic.twitter.com/DIkEyfNJUq

MERKEL: Do you want to have a handshake?

Shaking hands with any visiting head of state is no crime, but Trump's willingness to do so in this case, but not with Merkel, suggests that he will extend the courtesy to someone who is guilty of human rights abuses, as long as they are not guilty of being a woman.