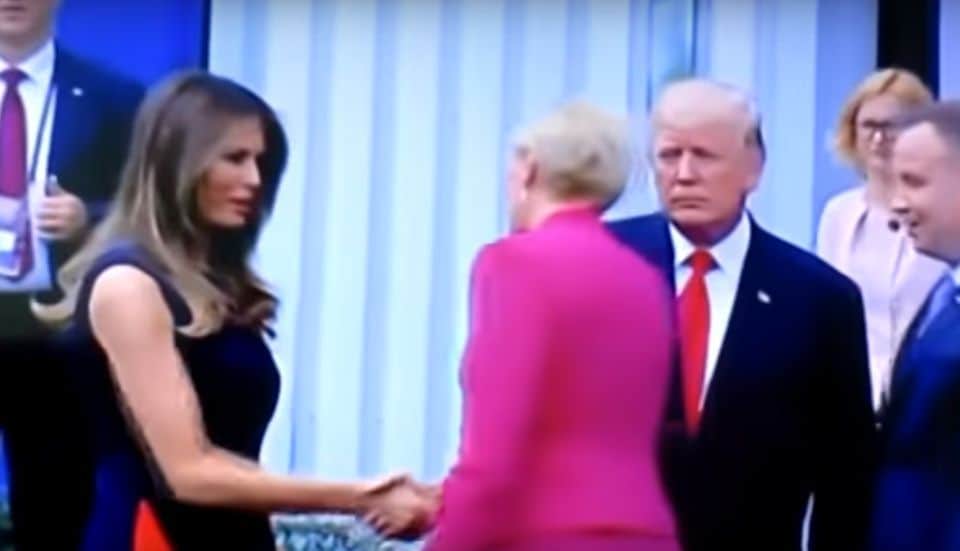 Donald Trump had yet another botched handshake, this time with first lady of Poland.

Donald Trump's policy failures on the international front have almost been overshadowed by his repeated handshake mistakes.

The latest came on his trip to Poland, where even a carefully choreographed welcome from the right-leaning government there was upended by a snub from Poland's first lady, Agata Kornhauser-Duda.

After shaking President Andrzej Duda's hand, Trump reached out for Kornhauser-Duda, who stretched her hand out and bypassed Trump, instead shaking hands with Melania Trump.

This Trump handshake fail is the best one yet.? pic.twitter.com/mbQzw7FShO

Newly elected French President Emmanuel Macron dominated Trump with a firm grip when they met at a NATO summit in May. Trump also had an awkward handshake with Canadian Prime Minister Justin Trudeau during his visit to the White House.

When German Chancellor Angela Merkel visited the White House, Trump declined to shake hands with her during the traditional photo op, and barely looked her in the eye.

Like the presidency, handshakes just don't seem to be Donald Trump's thing.