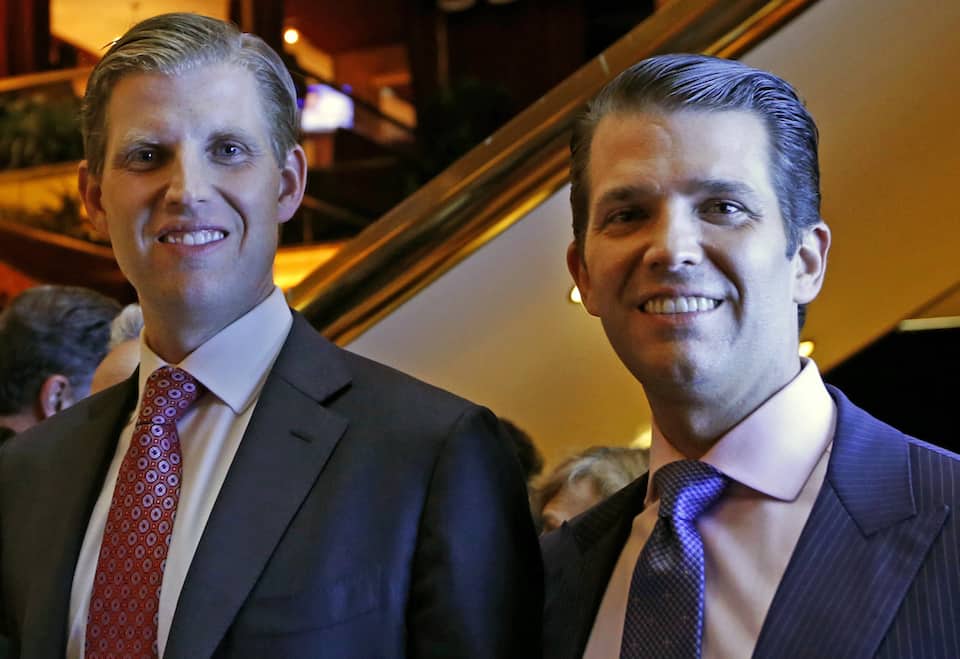 Eric and Donald Jr. had a plan to cash in on their father's name by opening some budget hotels in deep red states. Turns out nobody actually wanted that.

Back in 2017, it looked like Eric Trump and Donald Trump Jr. had hit upon yet another way to exploit their name and their father's office: building budget hotels in red states that backed Trump in the 2016 election.

However, it doesn't look like that plan is going to work out for them — perhaps because no one is all that enthusiastic about the prospect of more Trump hotels.

Things looked rosy for the Trump sons in 2017 when they hatched a plan to open a chain of hotels called "American IDEA." There was a splashy launch that had what the New York Times called "a patriotic flair," and the name was designed to evoke Trump's "America First" campaign slogan. There was also going to be a chain called "Scion."

Both those chains, at least at this point, are no more. Eric and Donald Jr. have indefinitely suspended plans for the chains.

They're trying to spin this as somehow the fault of Democrats, with Eric Trump issuing a statement grousing about how "everything will be used against us, whether by the fake news or by Democrats who are only interested in presidential harassment and wasting everyone’s time, barraging us with nonsense letters.”

With typical Trumpian overblown rhetoric, he went on to say it was fine if the Trumps had to slow down their growth for a bit, because they "already have the greatest properties in the world."

If they really were the greatest properties, perhaps there wouldn't be such widespread opposition to anything associated with Trump. Proposed hotels in red-state cities like Dallas and St. Louis met with local opposition, not sabotage from Democrats.

Additionally, the Trump name isn't nearly as desirable as his sons might wish it to be. In both New York and Toronto, it was so bad for business that the Trump name actually got removed from hotels there.

That pales in comparison to what happened with Trump's hotel in Panama, though. Owners of hotel rooms in the Trump Panama Hotel called the situation a "financial bloodbath" because no one wants to go to Trump hotels.

Democrats and the media aren't the ones who turned the Trump name toxic; the Trumps did that all by themselves. But the brothers are right about one thing: They're not going to be able to escape scrutiny now that the Democrats hold the House. Theirs is not a business that can withstand much oversight.