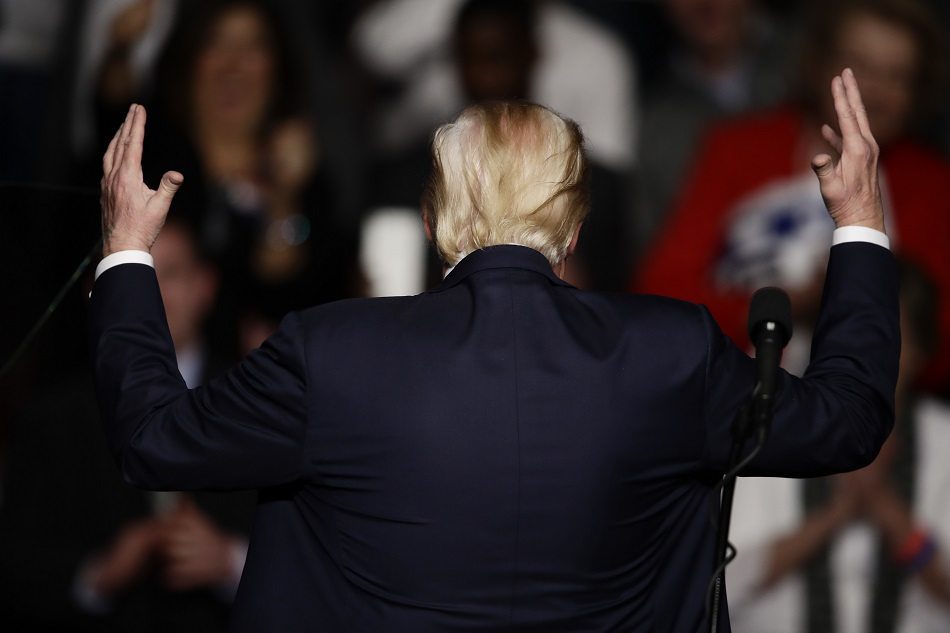 Amid growing scrutiny of Russia's involvement in his presidential victory, President-elect Donald Trump has completely dropped any pretense of concern about this foreign government's attack on our democracy by tacitly endorsing it on Twitter.

Even though he openly requested that Russia intervene on his behalf in July, President-elect Donald Trump has since denied the existence of Russian interference in our election despite the unanimous conclusion of the U.S. intelligence community. That includes the CIA's assessment that the attacks were intended specifically to help elect Trump, and more recent reporting that the activity was personally directed by Vladimir Putin.

Trump's reaction to this national security threat, which even more recent reporting suggests is still going on, has been to deny that it was happening, to deny that anyone talked about it before the election, and now, to go ahead and exploit it anyway:

Are we talking about the same cyberattack where it was revealed that head of the DNC illegally gave Hillary the questions to the debate?

Notwithstanding the accuracy of that claim (it is not accurate), Trump's tweet bespeaks not just a lack of concern over the grave threat that Russia's interference represents, but tacit encouragement toward Russian hackers to continue their meddling.

The circumstances around Trump's electoral college victory have upended traditional Republican attitudes toward national security in general, and Russia in particular, as President Obama noted during his press conference.

While Republican leaders remain largely silent on the issue — aside from promising toothless hearings, the true purpose of which is to head off meaningful investigations — Republican voters' views on Vladimir Putin have similarly changed:

Here is Republicans and Democrats on Vladimir Putin since July 2014. pic.twitter.com/s4I6FY5cbt

That minus-ten net approval is compared to a minus-35 for all respondents.

While many Republicans are seemingly content to remain willfully ignorant where Russia is concerned, as long as it benefits them, there are many more people in this country who recognize the threat that Russia's actions represent, and understand that it extends beyond partisanship. The political consequences of Russia's apparent crimes may be benefiting Republicans at the moment, but in a democracy that should not be the only consideration.

Without a White House and a Congress committed to investigating and responding to this threat, we will not know what all of the potential consequences are unless and until they come to pass — and in a few short weeks, we may see all of it begin to truly unfold.