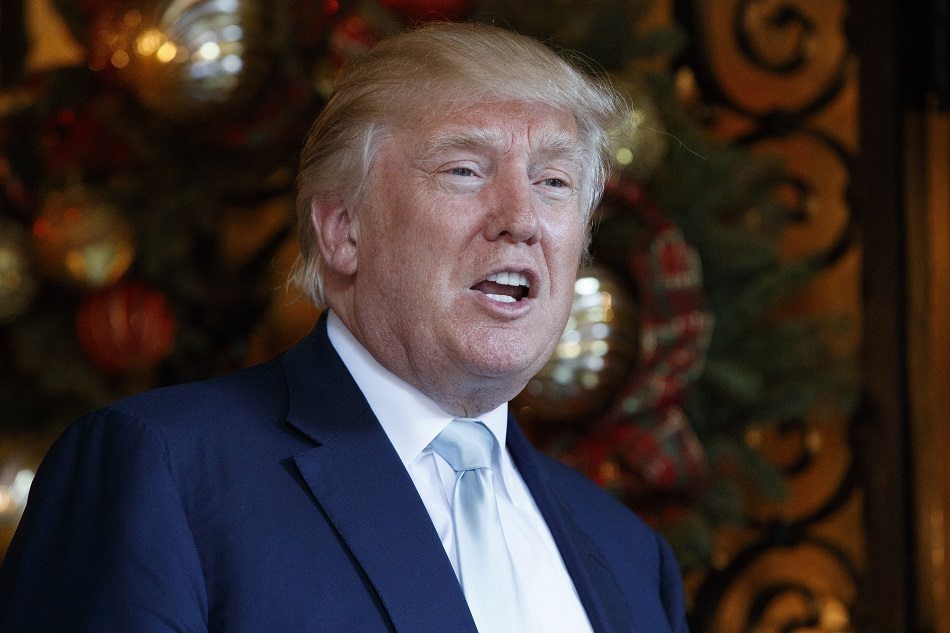 President-elect Donald Trump is once again taking credit for jobs he did not actually help create, and the corporate media are once again letting him get away with it.

This is becoming a terrible pattern.

President-elect Donald Trump appeared at the entrance to his Mar-a-Lago resort Wednesday to take credit for 8,000 new jobs, 5,000 of which he said would be created by Sprint:

So we just had some very good news. Because of what's happening and the spirit and the hope, I was just called by the head people at Sprint and they're going to be bringing 5,000 jobs back to the United States, they're taking them from other countries. They're bringing them back to the United States, and Masa and some other people were very much involved in that so I want to thank them. And also OneWeb, a new company, is going to be hiring 3,000 people, so that's very exciting. So, we have a combination of Sprint for 5,000 jobs, that's coming from all over the world and they're coming back into the United States, which is a nice change. And also OneWeb, 3,00 jobs, that's a new company. And it was done through Masa, a terrific guy, and we appreciate it. Okay?

Shortly after that announcement, it emerged that the Sprint jobs Trump was taking credit for were actually part of a plan that predated Trump's victory. At his bizarre six-minute press availability with Don King, reporters tried to press Trump on the claim:

REPORTER: Sprint tells us that the 5,000 jobs that you announced today were part of the 50,000 that Masa announced...

TRUMP: No. Sprint will give you -- I just spoke with the head person. He said because of me they're doing 5,000 jobs in this country. They just put a release out. Hope has it. You'll see it. That's that. And they're also doing -- Masa is doing 3,000 jobs with, as you know, OneWeb.

TRUMP: I'll give you their statement.

Those 5,000 jobs, it should be noted, do not even come close to equaling the more than six thousand layoffs Sprint has incurred over the past several years.

Sprint did release a statement, as Trump noted, but it did not mention the existing deal. A company spokesperson laid it out for ABC News, though:

A Sprint spokesperson tells ABC News "the 5,000 jobs are part of the 50,000 jobs that Masa Son announced a few weeks ago but these jobs will be funded by Sprint, not SoftBank.”

Softbank owns 80% of Sprint, and also invested heavily in OneWeb with funds from that same deal that predates Trump's victory. When and where these jobs will materialize, if ever, is anyone's guess. But if and when they do, they will have had nothing to do with Trump's election.

Even after being fooled by Trump a few weeks ago, when he claimed credit for saving 1,100 jobs that turned out to be 800 jobs (while the company still shipped 1,300 jobs to Mexico), the media have been their usual credulous selves, reporting that Trump is taking credit for these jobs without pointing out that it is a lie.

They had better catch on to his game in a hurry.