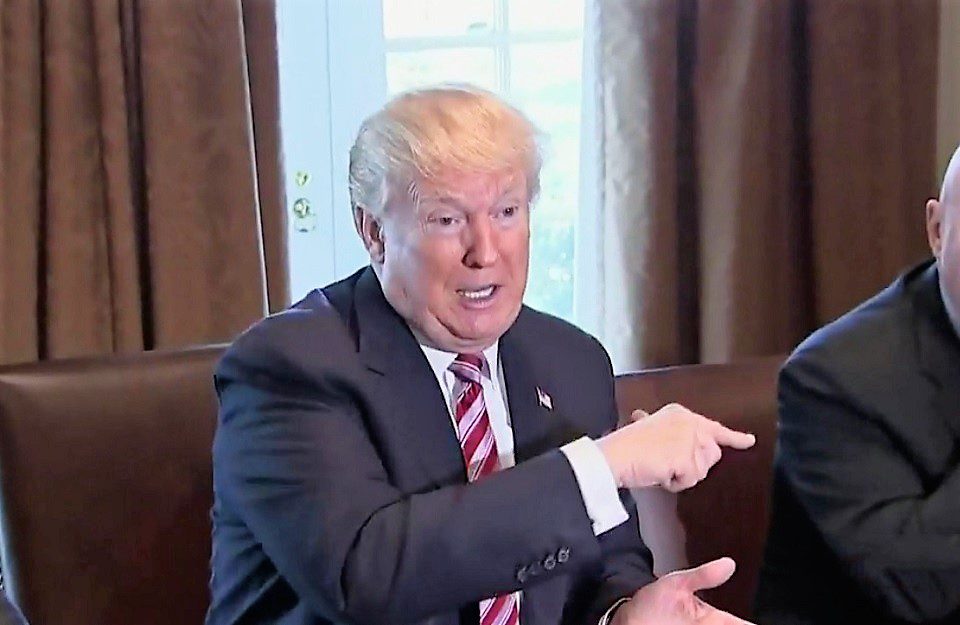 Trump is resorting to complete and total fantasy in order to brag about his “accomplishments.”

Trump has long made a habit of taking credit for other people's accomplishments, but on Tuesday, he took credit for one that doesn't even exist.

During a bipartisan meeting with lawmakers on trade, Trump stopped the proceedings for an important announcement.

"We just got this notice," Trump said, reading from a piece of paper. "General Motors in Korea announces the first step in necessary restructuring. They're going to — GM Korea company announced today that it will cease production and close its Gunsan plant in May of 2018, and they're going to move back to Detroit."

"You don't hear these things except for the fact Trump became president," Trump bragged. "You wouldn't be hearing that. So they're moving back from Korea to Detroit."

Trump read the headline from GM's announcement word-for-word, as well as part of its opening paragraph.

But the announcement itself makes no absolutely mention of moving the plant to Detroit.

In fact, the rest of the paragraph he quoted notes that "The Gunsan facility has been increasingly underutilized, running at about 20 percent of capacity over the past three years, making continued operations unsustainable."

The Gunsan plant makes the Chevy Cruze, which is already produced at a factory in Detroit that laid off 1,500 workers in October, 200 of them permanently, due to low demand for the model.

But this appears to be the first non-corporeal manufacturing facility in their list of accomplishments.

Trump's instinct to lie never ends, and it never ceases to amaze.