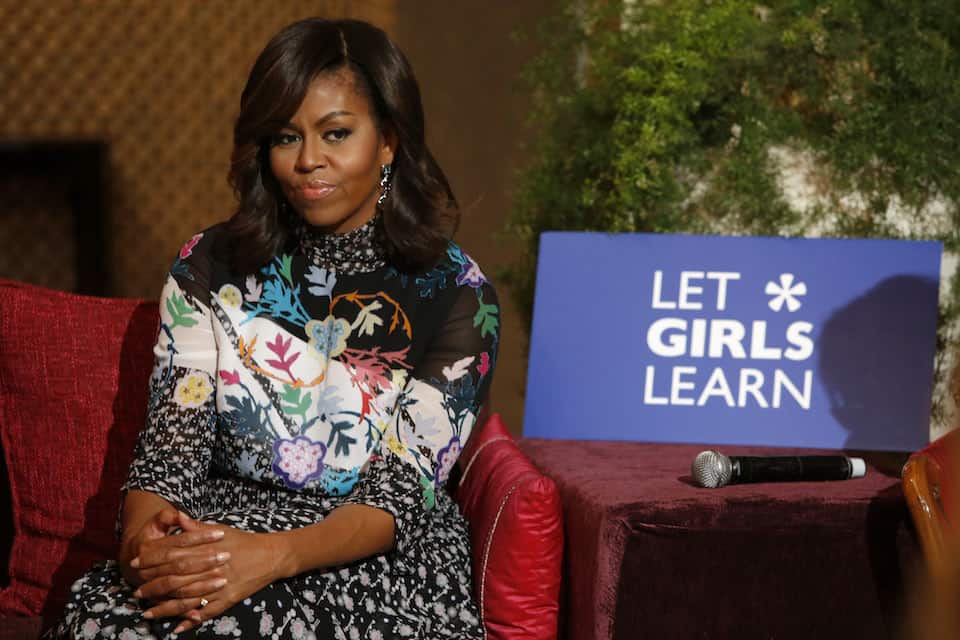 (AP Photo/ Abdeljalil Bounhar)
Get The American Independent in your inbox

Donald Trump is ending a program former First Lady Michelle Obama began to help educate girls around the world. The decision is part of Trump's pattern of attacking the previous administration's successes as his presidency sinks.

Donald Trump is continuing his pattern of lashing out at the successful Obama administration as his presidency treads water and is engulfed in sordid scandals.

The program was designed to foster educational opportunities for girls in developing countries. CNN reports that the program will "cease operation immediately," according to a memo the network obtained.

The awkward decision again highlights Trump's hostility to women's issues, as well as the complicity of his daughter and adviser Ivanka in remaining silent as his administration undermines women domestically and internationally.

The announcement came on the same day that the Trump administration announced it was rolling back the school lunch program initiative championed by Michelle Obama as part of her effort to tackle childhood obesity.

The Trump administration simply cannot measure up to the presidency of Barack Obama: On the economy, things are far bleaker; Trump's 100 day accomplishments lag far behind Obama's; he has not come close to being as popular as Obama; and he is even worse at Twitter.

Ending the "Let Girls Learn" program is a twofer — attempting to erase the impact of his more successful predecessor, a move which dovetails with Trump's misogynistic tendencies.

Instead of girls around the world getting a hand up from America, resulting in women leaders of the future who we can work with as allies, they get the cold shoulder, all because America's petulant Trump cannot let anything go — particular his blatant jealousy of the far more accomplished, admired, and beloved Obamas.