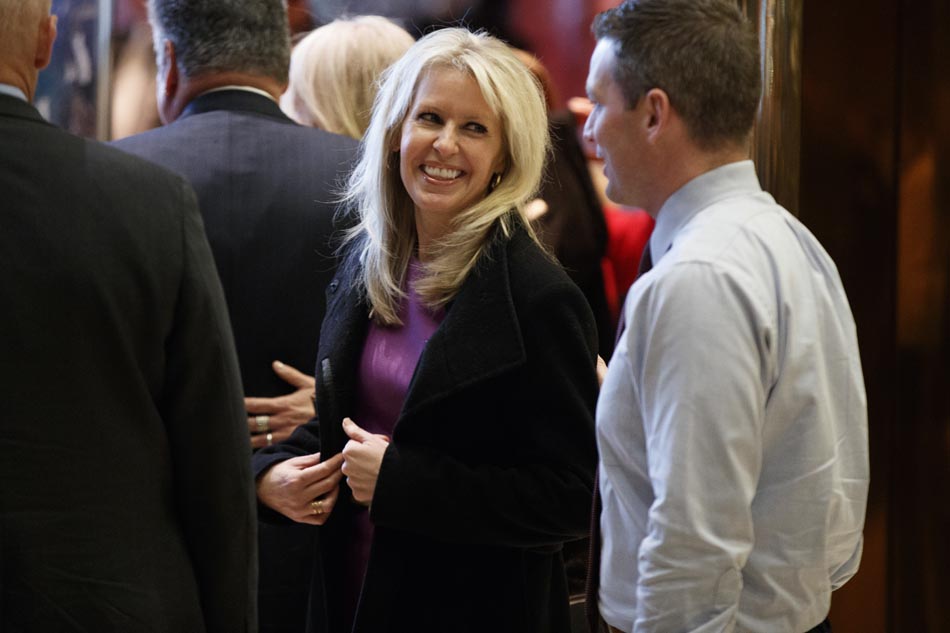 President-elect Donald Trump is stacking his national security and foreign policy advisory positions with Fox News denizens who parrot his opinions on the border wall and anti-Muslim rhetoric. His choice of Monica Crowley for National Security Council communications director is just the latest in a string of these picks.

President-elect Donald Trump has named Fox News correspondent and host Monica Crowley to be the senior director of Strategic Communications for the National Security Council. This is another in a string of appointments from Fox, indicating that Trump's once frosty relationship with the network is over.

Crowley, who was a research assistant and editorial advisor to Richard Nixon in the 1990s, became a Fox News correspondent in 1998 while simultaneously running a conservative radio talk show.

She has vociferously supported Trump's anti-Muslim, anti-immigrant rhetoric throughout the campaign, calling the fight against "radical Islamic terrorism" a "holy war." She is a strong proponent of building a border wall as well, using the Berlin Wall as an absurd and inappropriate example:

Crowley's enthusiasm for an isolationist foreign policy, coupled with the anti-Muslim leanings of her future boss, Michael T. Flynn, point to a hard right shift in American foreign policy under Trump.

Indeed, Crowley has a string of "greatest hits" when it comes to supporting white supremacist, nationally insular views: She once said that Obama is "not black African, he is Arab African;" she invited Russian President Vladimir Putin to hack the State Department; she implied that London's newly-elected Muslim mayor is enacting Sharia law; she perpetuated the idea that ISIS is using the U.S.-Mexican border to smuggle their troops into our country; and she claimed that the battle against terrorism is "the Constitution versus the Quran."

But of course, Trump's choice of Crowley fits right in with all of his other nominations and continues the trend of stacking the new administration with dangerously ignorant and bigoted officials.

Which means there will be ever more work for the Democrats to do on behalf of the country and all of its citizens.