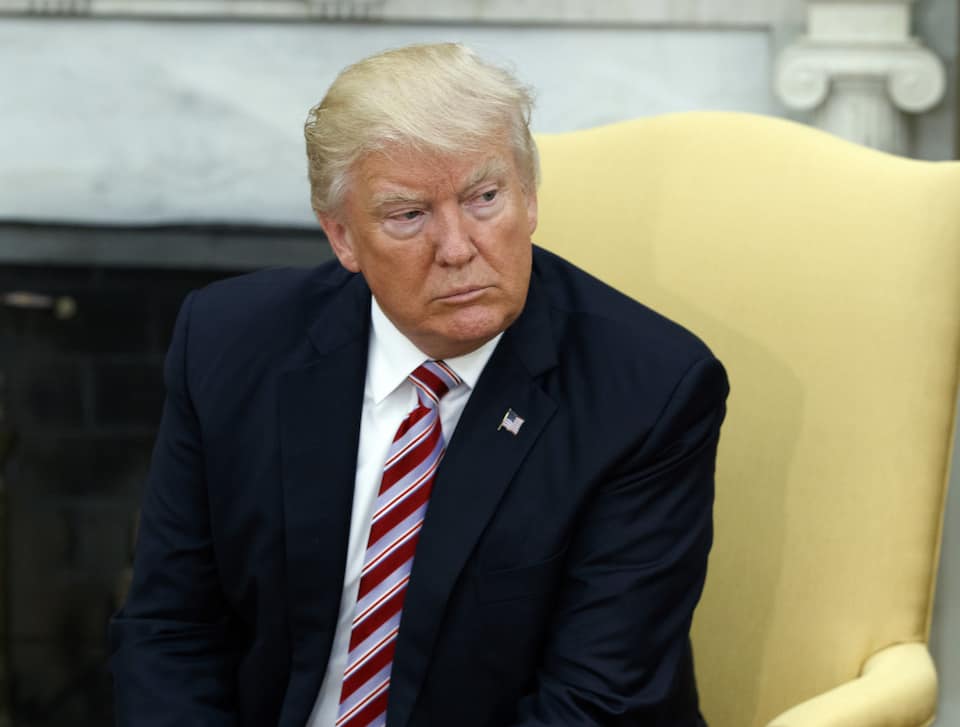 Multiple Trump administration officials without proper security clearance were granted access to classified information for over a year.

The Trump White House is now admitting that it left American classified intelligence exposed for over a year. The revelation comes after a campaign in which Trump repeatedly accused Hillary Clinton of exposing intelligence to the world.

In a memo to aides, White House chief-of-staff John Kelly made several changes to the White House security clearance process. These changes came about after it was revealed that the Trump team allowed several individuals to access classified materials even though they had not been cleared by intelligence agencies.

That group includes Rob Porter, who could not pass the clearance process at least in part because of a protective order granted to his ex-wife after abuse allegations, and Jared Kushner, Trump's son-in-law.

In the memo, Kelly says that the White House will "limit access to certain highly classified information for those individuals working with interim clearance status."

The existing, faulty security process has been in place since the Trump team took over the White House, which means that for over a year, classified information was left exposed.

The admission proves that the administration had a process that was much more freewheeling and cavalier before reporters exposed the domestic abuse cover-up and resulting fallout.

It also illuminates the very real possibility for blackmail against West Wing staffers like Porter and Kushner – not to mention for Trump himself.

After making so much noise with unjust accusations against Clinton, including rallies with the chant "lock her up," the episode once again shows that Trump is usually guilty of the offenses he smears others with.

One of the cheerleaders for those chants, Michael Flynn, has since pleaded guilty to lying to the FBI and was in contact with foreign powers while Trump granted him access to classified information.

Because Trump chooses to surround himself with cronies like his son-in-law and men with abuse in their backgrounds (not to mention white supremacists and their ilk), American security is compromised.

An administration that already is under investigation for working with a foreign power to erode confidence in the nation has just admitted it was sloppy — at best — with classified information. The lives of all Americans hang in the balance.