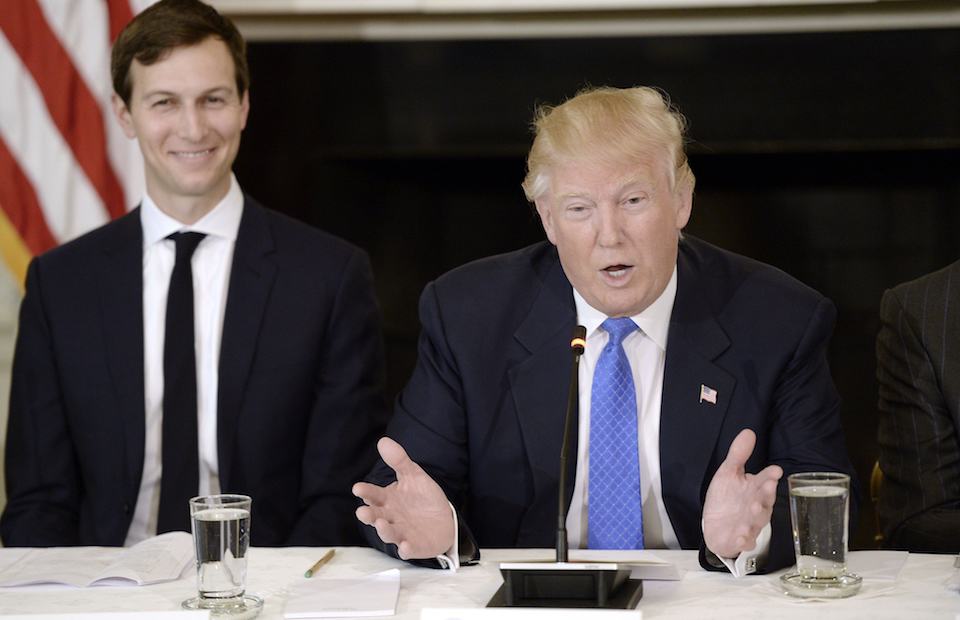 By rushing to tell reporters that Trump son-in-law Jared Kushner was in Iraq, even though he was still en route, the administration broke protocol and created a security breach that endangered U.S. military figures, including the chairman of the Joint Chiefs of Staff.

In its eagerness to prematurely confirm that Donald Trump's son-in-law, Jared Kushner, was in Iraq, the administration broke the traditional protocol and endangered American military personnel in the area, as well as the chairman of the Joint Chiefs of Staff, Gen. Joseph Dunford, who was traveling with Kushner.

An administration official told reporters that Kushner was in Iraq, even though he was still en route. CBS News reports that this rush to get the story into the hands of the media "was a security breach," according to "the military and security professionals managing the mission."

The traditional way such trips are handled is for the White House, often working with reporters, to keep a lid on VIP arrivals until they are safely in-country because, as CBS notes, "Knowing when and where a senior U.S. military or civilian official might arrive makes attacks easier."

CBS points out that Baghdad is still a hot zone as Iraq fights against ISIS, and that "the military seeks to avoid public mention of plans ahead of time so extremist groups can’t plot attacks."

This is not the first time such a break with protocol has occurred. When Trump went to Dover Air Force Base to meet the returning remains of a fallen Navy SEAL, he took Marine One from the White House grounds in full daylight view of pedestrians, despite an agreement was in place with the press to keep the journey quiet, prompting the Associated Press to report he had left the facility.

President George W. Bush's 2003 trip to Iraq on Thanksgiving was kept quiet until he was securely on the ground there, as was President Obama's 2009 surprise visit to the military in Iraq.

Kushner's presence in the Trump administration, where his personal interests are being allowed to overlap with America's public policy, is already an ethical mess. But now in their zeal to set up another public relations moment, the Trump team has crossed over into endangering military lives.