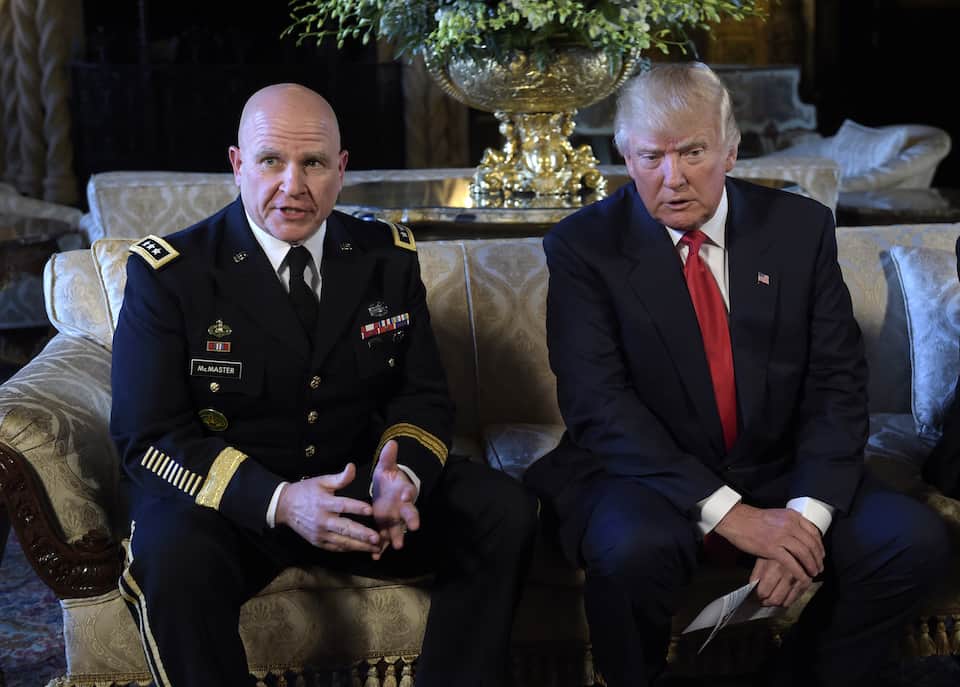 The warm glow of positive media attention for Donald Trump's missile strikes on a Syrian air base has worn off quickly with the news that the base was up and running within a day of the strikes, and Trump and his administration are now desperately trying to overcompensate for the failure that critics on both sides of the aisle are pointing out.

Donald Trump’s decision to launch airstrikes on a Syrian airfield was hailed by many corporate media and foreign policy establishment types, but in addition to the myriad questions surrounding the motivation and constitutionality of Trump's unilateral action, the ineffectiveness of the strike is becoming the story. According to multiple reports, flights from the airbase resumed on Friday, a day after the strikes.

Trump, true to form, wore that insecurity on his sleeve, and his Twitter feed:

The reason you don't generally hit runways is that they are easy and inexpensive to quickly fix (fill in and top)!

That tweet drew a sharp response from Democratic Congressman Ted Lieu (D-CA), who pointed out that the strikes did "basically nothing" to prevent Assad from launching attacks on civilians:

Seems @realDonaldTrump is getting insecure about his attack on Syria, which did basically nothing to stop #Assad from launching more strikes https://t.co/2hpYID6iWl

Lieu is part of a growing number of lawmakers on both sides of the aisle who are questioning the efficacy of the Syria strikes, including one of the most vocal boosters of Trump's decision, Sen. John McCain (R-AZ).

The criticism sparked an absurd response from current Trump National Security Advisor H.R. McMaster, who was pressed by Fox News Sunday host Chris Wallace over the fact that the airbase resumed operations so quickly:

If they're using that airfield, that's not what the objective was, to take out the airfield forever. The objective was to send a very strong political message to Assad, and this is very significant I think.

There is, obviously, a significant gulf between "forever" and "one day," a gulf which badly weakens any message Assad might have gleaned from this attack. McMaster's response is also contradicted by a letter that Trump sent to Congress this weekend (via email from The White House, emphasis added):

At approximately 8:40 p.m. Eastern Daylight Time on April 6, 2017, at my direction, United States military forces in the Mediterranean Sea, operating beyond the territorial sea of any state, struck the Shayrat military airfield in Syria. United States intelligence indicates that Syrian military forces operating from this airfield were responsible for the chemical weapons attack on Syrian civilians in southern Idlib Province, Syria, that occurred on April 4. I directed this action in order to degrade the Syrian military's ability to conduct further chemical weapons attacks and to dissuade the Syrian regime from using or proliferating chemical weapons, thereby promoting the stability of the region and averting a worsening of the region's current humanitarian catastrophe.

I acted in the vital national security and foreign policy interests of the United States, pursuant to my constitutional authority to conduct foreign relations and as Commander in Chief and Chief Executive. The United States will take additional action, as necessary and appropriate, to further its important national interests.

I am providing this report as part of my efforts to keep the Congress fully informed, consistent with the War Powers Resolution (Public Law 93-148). I appreciate the support of the Congress in this action.

Trump has definitely sent a lot of messages with this strike, including to the Russians prior to the strike, to Congress by not seeking their authorization, and to the corporate media by getting them to look away from the Russia collusion investigation. The faintest of these was to Assad, who scarcely has any more incentive to cease his brutality than he did last week.