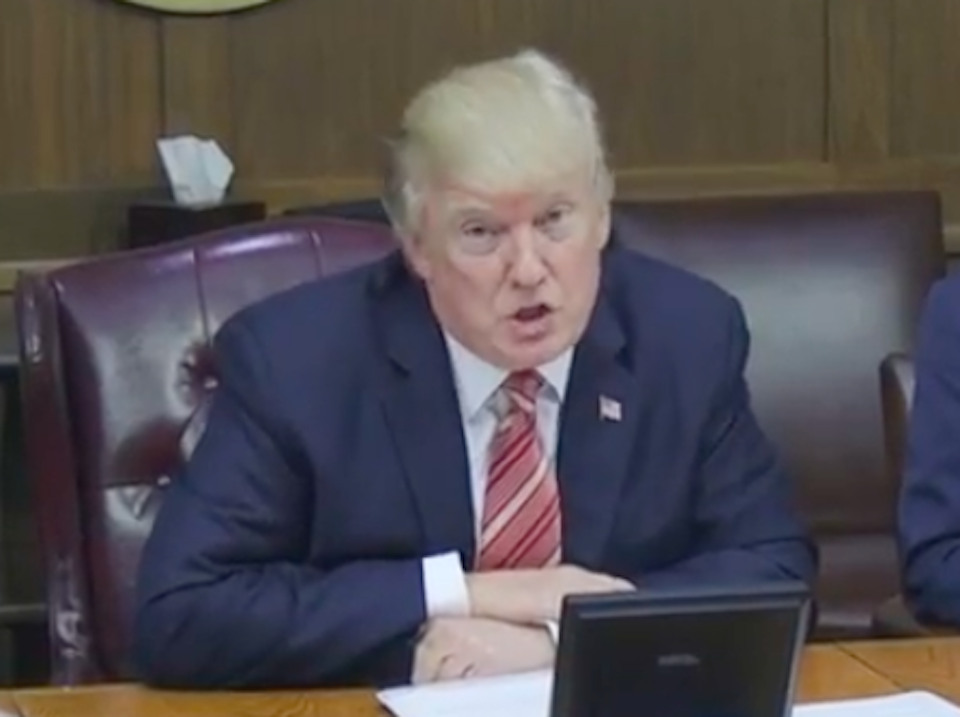 As Americans evacuate their homes, bracing for the horrific devastation of Hurricane Irma, Trump has determined that billionaires and corporations need their tax cuts — stat.

Donald Trump has decided that the appropriate response to Hurricane Irma is to once again leave the White House and head out for another weekend getaway, and he's taken his whole cabinet with him.

The people of Florida, Georgia, South Carolina, and North Carolina are bracing for massive damage.

All eyes of our nation are on the eye of the storm.

But Trump's got another priority for his cabinet: massive tax cuts for the uber rich.

That's right. At today's cabinet meeting, Trump made sure every cabinet member present knew that the hurricane means a "speed up" in delivering on his "tax reform" agenda.

Despite the populist rhetoric, the reality of Trump's push for tax cuts could not be more clear: massive tax breaks for corporations and the nation's millionaires and billionaires.

And he even managed to get in one of his favorite lies about corporate taxes in America while he was at it [starting at minute 2:45]:

TRUMP: To create prosperity at home we'll be discussing our plan for dramatic tax cuts and tax reform. And I think now with what's happened with the hurricane, I'm gonna ask for a speed up. I wanted a speed up any way, but now we need it even more so. So we need to simplify the tax code, reduce taxes very substantially on the middle class. And make our business tax more globally competitive. We're the highest anywhere in the world right now.

Another hurricane. Another lie. Another favor for the nation's most wealthy, instead of those who need help most.

Another day living in America with Trump.