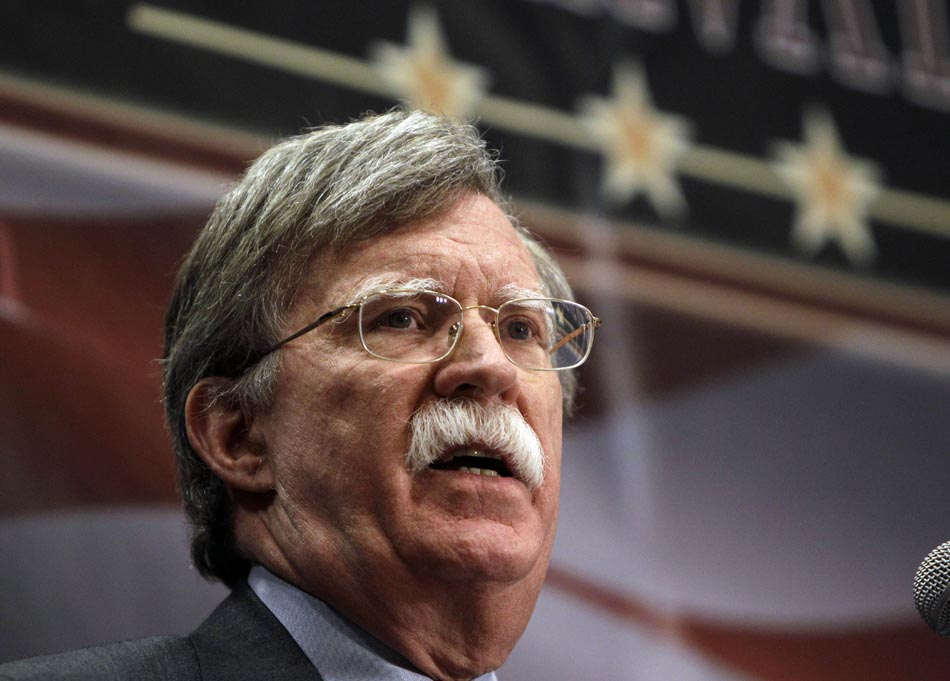 The Washington Post reports that President-elect Donald Trump is looking "for a certain aesthetic in his supporting players." That is: He considers appearance one of the qualifications for a place in his administration. Perhaps nothing more clearly demonstrates what comprehensive rubbish this is than the fact Trump evidently believes the most disqualifying feature about John Bolton is his mustache.

In a remarkably tolerant piece which suggests "Given Trump’s own background as a master brander and showman who ran beauty pageants as a sideline, it was probably inevitable that he would be looking beyond their résumés for a certain aesthetic in his supporting players," the Washington Post's Philip Rucker and Karen Tumulty report that Trump is staffing his administration, in part, on whether candidates have "the look."

This style-over-substance selection process is indicative of Trump's shallow fealty to glimmer — the human resources equivalent of a gold toilet — and his pathetic belief that surrounding himself with glitz somehow gives him credibility.

It is not benign, and it is certainly not charming: It is demonstrative of a deeply insecure man with a brittle ego who tries to mask his myriad incompetencies with a shimmering mirage. Surely, he hopes we will conclude, there must be something to the man if he can acquire such beautiful things.

Nothing more pointedly underscores how dangerous this approach truly is than the passage explaining his rejection of the odious John Bolton for Secretary of State — on the basis of his unappealing mustache.

Trump’s closest aides have come to accept that he is likely to rule out candidates if they are not attractive or not do not match his image of the type of person who should hold a certain job.

“That’s the language he speaks. He’s very aesthetic,” said one person familiar with the transition team’s internal deliberations who spoke on the condition of anonymity. “You can come with somebody who is very much qualified for the job, but if they don’t look the part, they’re not going anywhere.”

Several of Trump’s associates said they thought that John R. Bolton’s brush-like mustache was one of the factors that handicapped the bombastic former United Nations ambassador in the sweepstakes for secretary of state.

“Donald was not going to like that mustache,” said one associate, who spoke on the condition of anonymity to speak frankly. “I can’t think of anyone that’s really close to Donald that has a beard that he likes.”

At Reason, Eric Boehm detailed "Five Horrifically Bad Foreign Policy Ideas That Should Disqualify John Bolton From Being Secretary of State," starting with the fact that he was "a primary cheerleader of the War in Iraq and stands for everything Americans rejected about the Bush administration's foreign policy."

He has spent his career being a reckless and aggressive war hawk, and, even as he was under consideration by Trump, he incredibly suggested that Russian interference in the election might instead have been "a false flag operation."

Bolton's mustache is the least objectionable thing about him. That Trump was apparently willing to overlook his abominable record, but could not get past his facial hair, is not some whimsical personality quirk. It is a terrifying lack of serious leadership.

From a man who is about to sworn in as the United States' 45th president.