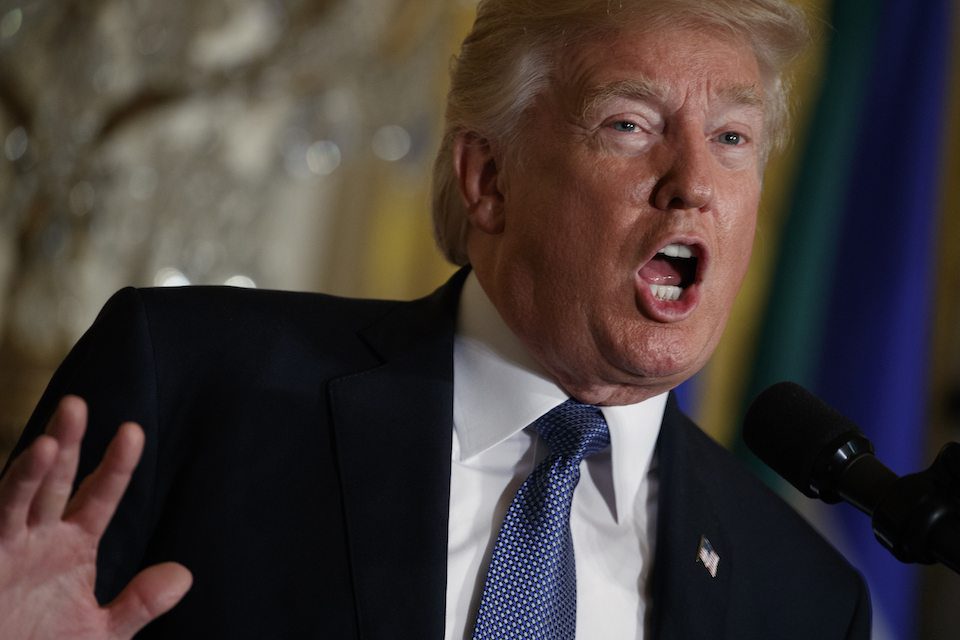 By carrying out his threat to 'get involved' with the Department of Justice's investigations, Trump has crossed a bright red line.

Trump and his legal team launched a fresh campaign against the Russia investigation this week, coinciding with the anniversary of Robert Mueller's appointment. And Trump appears to have entered a dangerous new phase in that crusade.

He spent Sunday fuming about the investigation on Twitter, in a rant that culminated with a chilling and despotic demand.

"I hereby demand, and will do so officially tomorrow, that the Department of Justice look into whether or not the FBI/DOJ infiltrated or surveilled the Trump Campaign for Political Purposes - and if any such demands or requests were made by people within the Obama Administration!" Trump wrote.

Earlier this week, he joined Republicans in an attempt to expose the identity of a confidential FBI informant. That reckless move put him directly at odds with the top justice officials in his administration.

This kind of threat is reportedly a "red line" for Deputy Attorney General Rod Rosenstein, who previously said his department will not be "extorted."

And as FBI Director Christopher Wray said plainly, "The day that we can’t protect human sources is the day the American people start becoming less safe.”

Trump's demand now sets up a showdown with his own Justice Department and FBI. In addition, it carries out a threat he made several weeks ago to use "the powers of the presidency" to "get involved" with the DOJ's investigations.

Trump has made little secret of his contempt for the independence of the Justice Department and the FBI. Asking then-FBI Director James Comey for a pledge of loyalty and trying to stop Attorney General Jeff Sessions from recusing himself from the Russia investigation were just two of the most egregious examples.

But this demand will be a clear and dangerous test for Sessions and his Justice Department. Because he and his team can't comply with it while also upholding their oaths to this country. And that ought to matter more to them than placating Trump's latest unhinged demands.