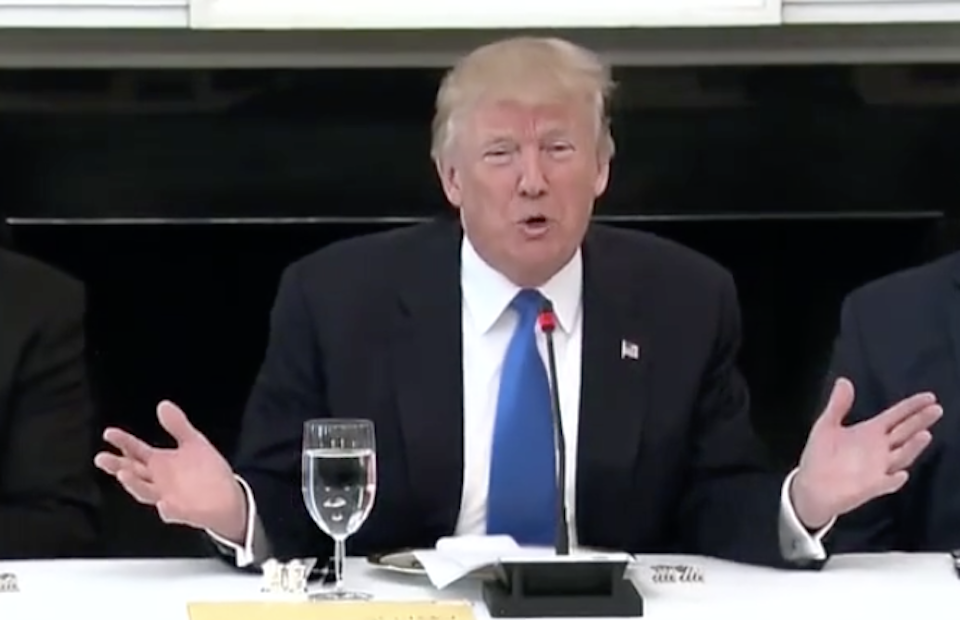 Hosting Republicans at the White House to talk about the health care proposal that is near death, Trump tried to humiliate Heller in full view of national television cameras and his fellow Republicans.

Heller has so far come out in opposition to the unpopular health care proposal, reflecting Trump's inability to seal the deal within his own party, despite their majority status. Heller, who is up for re-election in 2018, admitted that it is a "lie" that the Republican bill would lower insurance premiums.

Indulging in his habit of publicly mocking those who who are subordinate to him, Trump sounded like a mob boss out of a gangster film when he "joked" about Heller's opposition.

"This was the one we were worried about," Trump said. "Look, he wants to remain a senator, doesn't he?"

TRUMP: The other night I was very surprised when I heard a couple of my friends — my friends, they really were, and are — they might not be very much longer, but that's — I think I have to get them back.

[TO HELLER] That's right — no, you didn't go out there, this was the one we were worried about, you weren't there, but you're gonna be. Look, he wants to remain a senator, doesn't he? OK. And I think the people of your state, which I know very well, I think they're going to appreciate what you hopefully will do.

Trump has previously been affiliated with mafia figures, and even made money off of some of them who took up residency in his buildings. Perhaps he picked up more than just their payments in the course of doing business with them.

Heller faces an uphill climb to keep his Senate seat next year. Nevada went to Hillary Clinton in the 2016 presidential election, and Heller is currently tied with his Democratic challenger, Rep. Jacky Rosen.

Given the unpopularity of the GOP's health care bill, including in Nevada, it's no wonder Heller is reluctant to give in to Trump's threats.