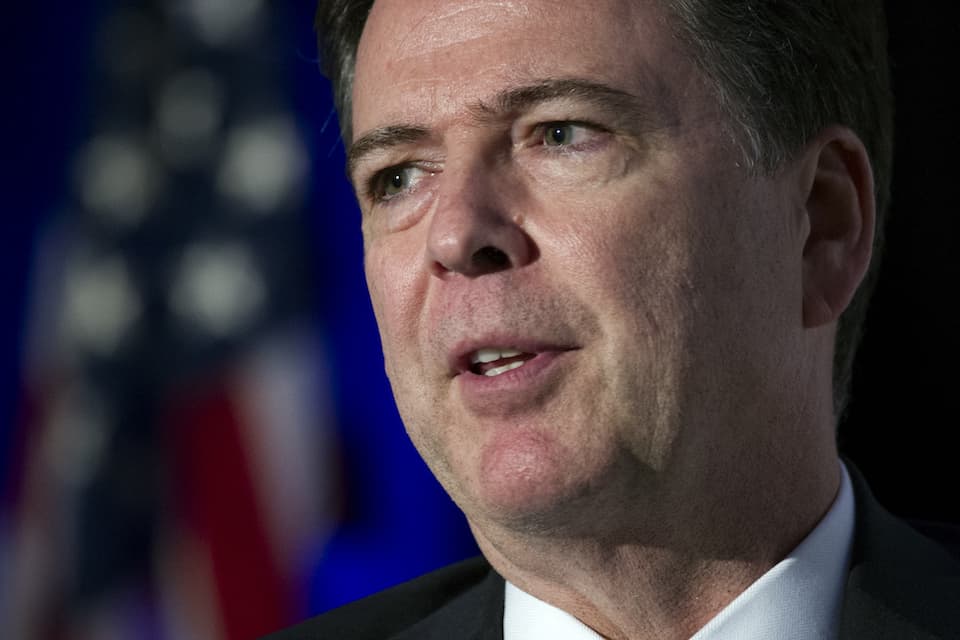 Donald Trump is currently under federal investigation for possible coordination with Russia in stealing the presidential election, and he just threatened to fire the man who is in charge of that investigation.

Every day brings a fresh outrage from Donald Trump and his administration, but the latest is especially chilling given the stakes for our country.

FBI Director James Comey recently made the bombshell announcement that Donald Trump and his campaign have been under investigation, since last July, for possible coordination with Russia to influence the presidential election.

Since then, among other developments, Trump's White House has engaged in a cover-up with disgraced former House Intelligence Committee Chairman Devin Nunes (R-CA), and new damning details emerge almost daily.

It is in that context that Trump delivered a not-so-veiled threat to Comey. In an interview with Fox Business Network's Maria Bartiromo, Trump said "it's not too late" to fire Comey, adding that while he has "confidence" in the director, "we'll see what happens."

BARTIROMO: ...scratching their heads why so many Obama-era staffers are still here. For example, was it a mistake not to ask Jim Comey to step down from the FBI at the outset of your presidency? Is it too late now to ask him to step down?

TRUMP: No, it's not too late. But, you know, I have confidence in him. We will see what happens. You know, it's going to be interesting.

The expression of "confidence" is evidently contingent on seeing "what happens," and was followed by Trump saying he wants to give Comey a "fair chance."

A "fair chance" to do what is anybody's guess, but for a president to be talking about firing an FBI director while currently under investigation by that agency is uncharted territory, and could very well constitute an attempt to obstruct or prejudice that investigation. Trump cannot directly fire Comey, but he can instruct Attorney General Jeff Sessions to do so, or simply ask for Comey's resignation himself.

Trump's threat is yet more evidence that we need an independent investigation and a special prosecutor — one whose job Trump cannot publicly threaten.