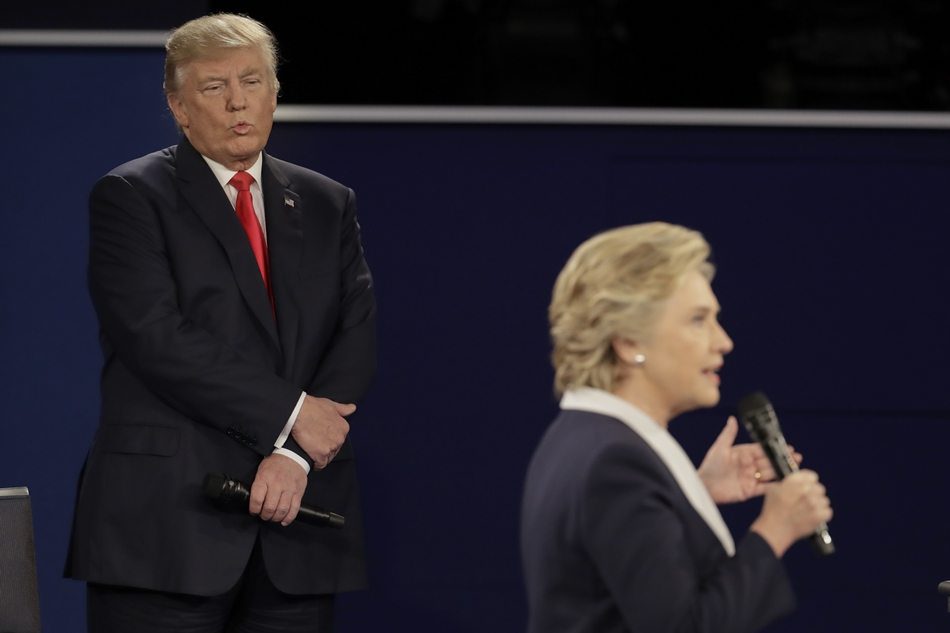 Consensus is rapidly congealing that the "moment" of the second presidential debate was Donald Trump's Nixonian threat to have Hillary Clinton jailed if he is elected, despite the fact that she has committed no crime.

The second presidential debate was preceded by a surplus of drama, but the moment of the night is fast becoming Donald Trump's declaration that if elected, he will do everything in his power to see that Hillary Clinton is imprisoned.

Clinton: Good that someone with Trump's temperament isn't in charge of US law

Trump: "Because you'd be in jail" https://t.co/PMz2LDYPiy

So @realDonaldTrump will ORDER his AG to take certain actions-When Nixon tried that his AG courageously resigned. Trump is dangerous/unfit

Wow. Trump just said that if he wins, he is going to prosecute his political opponent. Welcome to Third World, America. #debate

This is crossing a Rubicon in US politics. It's unprecedented in modern debates. https://t.co/nWvPWYZZbp

Only time I've ever heard a candidate threatening to jail his opponent was in the Congo. He lost & was later convicted of war crimes.

Nothing is scarier than the "you'd be in jail" line from Trump. What opponents wont he try to jail?

Even Nixon didn't threaten to use his attorney general to jail his political opponents.

Let's be clear: a candidate for president promised to put his opponent in jail if he wins. Everything else is secondary.

Only 5 important words tonight: "Because you'd be in jail." They make clear who and what Trump is. That's all that matters.

Trump says if he were in charge, Hillary Clinton would be "in jail." Donald, in America, we defeat election opponents, we don't jail them!

Also that heavy-sniffing "because you'd be in jail" clip is really, really horrifying to watch.

Looking for precedent for Trump's promise to put Hillary in jail if he wins?

Yanukovych (a past @PaulManafort client) did it to Tymoshenko.

CNN's Dana Bash: Trump's “stunning” threat to put Clinton in jail is what happens in countries with dictators https://t.co/LWM1HDgm00