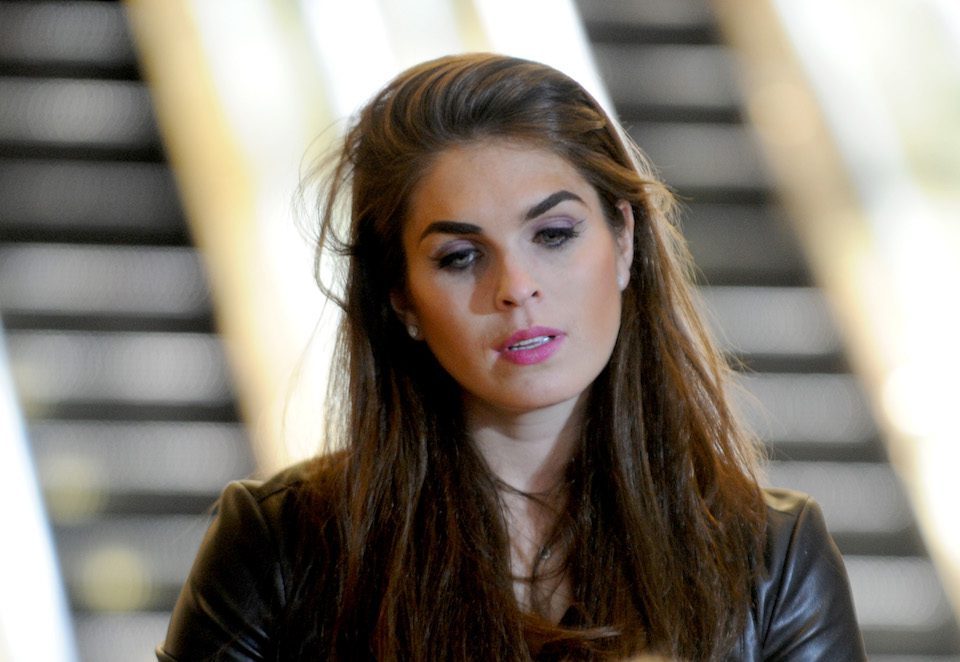 Trump blames Hope Hicks for his White House's domestic violence scandal, instead of the chief of staff who hired the abuser.

The fallout from the Rob Porter domestic abuse scandal and associated coverup continues to roil Donald Trumps White House, but the lingering question remains as to what, if anything, Trump is going to do about the situation.

It appears as though Trumps answer is to latch onto communications director Hope Hicks, the only woman in the orbit of this scandal, and go after her hard.

As CNN reported Friday, "The president feels that Hope Hicks has allowed her romantic relationship with Porter to really cloud her judgment and her decision-making ... that Hope Hicks put her own priorities above his and above the White House's."

He's blaming Hope Hicks ... "The president feels that Hope Hicks has allowed her romantic relationship with Porter to really cloud her judgment and her decision-making ... that Hope Hicks put her own priorities above his and above the White House's." pic.twitter.com/ahPjkyxszI

Hicks was reportedly dating Porter while both were working in the White House, and she was involved in crafting the administrations initial defense of Porter when the story broke that both of his ex-wives had accused him of domestic violence and that the FBI had flagged his record a year ago as a reason for denying him security clearance, which several members of Trump team knew about and ignored.

But Trump cannot pin those decisions on Hicks. Chief of staff John Kelly and legal counsel Don McGahn knew Porter's record had been flagged, yet they gave him complete access to everything that came across Trumps desk.

Despite the egregious decision by Kelly not only to ignore Porter's record, but to publicly defend him, Trump is throwing Hicks under the bus.

If Hicks' romantic relationship clouded her judgment, what exactly is Kelly's excuse?

That Trump's decision smacks of blatant sexism  blaming a woman who clearly could not have been the top decision-maker in how to handle Porter  is no coincidence, given that Trump has spent his entire career exhibiting open disdain for women.

If the sole action that Trump takes in the aftermath of this political explosion is to fire Hicks, he has solved nothing and learned even less.