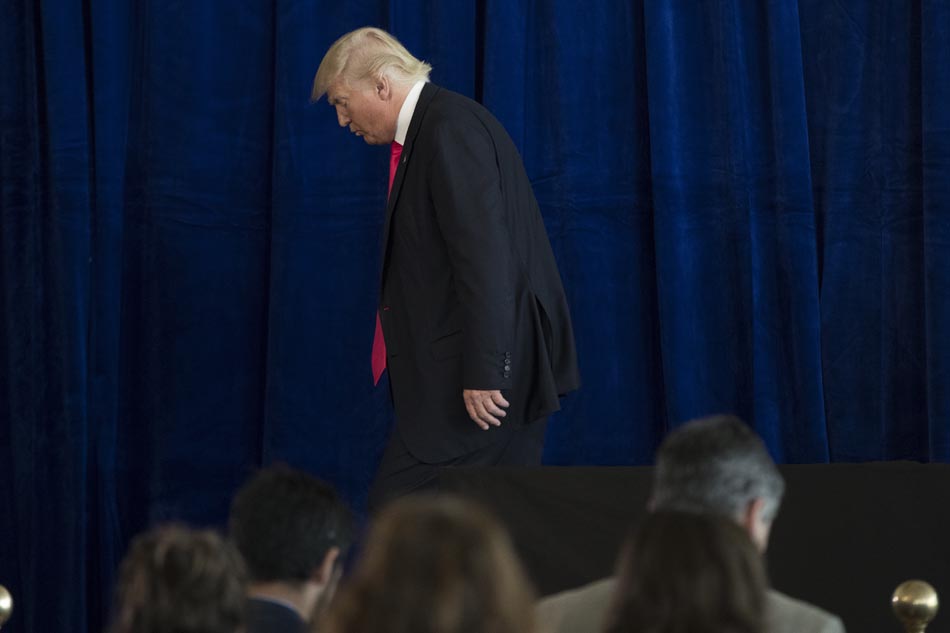 The cheering crowds, the shouts of his own name, the untamed and unmediated freedom of the rally stage — these are the things Donald Trump craves. And he does not want to give them up now that the campaign is over.

Days after the election, aides to Donald Trump told The New York Times that he wants to continue holding rallies as president, because he "likes the instant gratification and adulation that the cheering crowds provide." The article notes that his aides are working out ways to "accommodate his demand."

To that end, the Trump organization has announced plans for a “Thank You” tour — previously billed as a “victory” tour — starting on Thursday in Ohio.

Winning the office of the presidency was fun. But actually being a president is immensely difficult and often thankless work. And it appears as though Trump is not interested in doing it.

As Shareblue has previously noted, he has demonstrated an active disdain for the duties of the presidency. He avoids the press and refuses intelligence briefings, and has not even moved from his home in Trump Tower to the transition offices available to him in Washington, D.C., at a steep cost to taxpayers.

Trump’s eagerness to embark on this tour, which is happening just weeks before he will assume the office of the presidency and while he is still in the midst of assembling his cabinet and staff, indicates that he has little interest in doing the job he just spent the better part of two years trying to get.

Suddenly facing a list of obligations that is surely much longer than he had any notion it would be, Trump is like the dog who finally caught the car and now has no idea what to do with it.

This “Thank You” tour, the events for which will be streamed live on YouTube, also give Trump a respite from the press filter. In front of adoring crowds, speaking directly to his base, while literally corralling the press into a separate area to keep them contained, he will try to recapture the halcyon days of the campaign, when he was commanding uninterrupted airtime simply by showing up at a podium.

The tour is ostensibly designed to say thank you, but it is actually a confession: Trump has no desire, or capacity, to do the difficult work of governing.