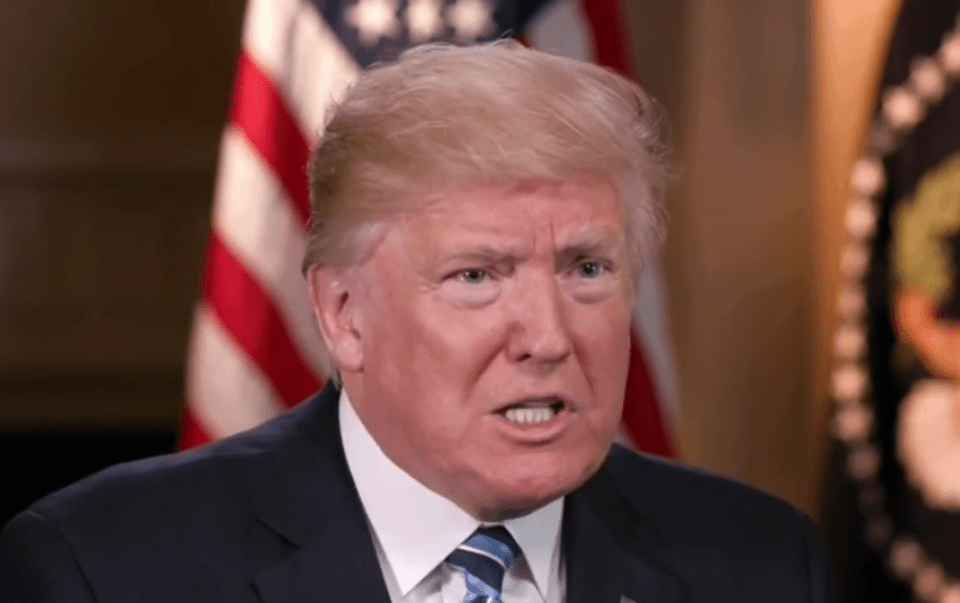 In his interview with NBC News' Lester Holt, Donald Trump sent a loud and clear message to the eventual successor to ousted FBI Director James Comey: The Trump/Russia investigation "should be over."

Donald Trump made plenty of news during his interview with dogged NBC News journalist Lester Holt, but the most impactful thing he said might end up lost in the shuffle.

In a preview clip of the interview, Trump shot himself and his entire administration in the foot by revealing that their story about FBI Director James Comey being fired on the recommendation of the Justice Department was a total lie. But Trump may also have sealed his fate by clearly demonstrating the need for an independent investigation.

When Trump told Holt he was a "big fan of the FBI," Holt asked him if he was also a fan of the Russia probe. Even as he paid lip service to wanting the investigation done "properly," Trump insisted that the probe "should be over," a ringing alarm to anyone who hopes Trump's eventual pick for FBI director will be impartial:

HOLT: But were you a fan of him taking up that investigation —

TRUMP: I think that — about the Hillary Clinton investigation?

HOLT: No, about the Russia investigation and possible links between —

TRUMP: No, I don't care. Look, look, let me tell you — as far as I'm concerned, I want that thing to be absolutely done properly. When I did this, now, I said, I probably maybe will confuse people, maybe I'll expand that, you know, I'll lengthen the time because it should be over with — in my opinion, should have been over with a long time ago, because all it is, is an excuse. But I said to myself, I might even lengthen out the investigation. But I have to do the right thing for the American people.

The possible effect of Trump's public and obstructive campaign against the investigation was not lost on Holt, who later asked Trump if his comments about the probe are "sending that person [the next FBI director] a message to lay off?"

The only way there can ever be an investigation in which the public can have confidence is with the appointment of a special prosecutor. Now that Trump has essentially sent a warning to Comey's eventual successor in public, that fact has only become clearer.