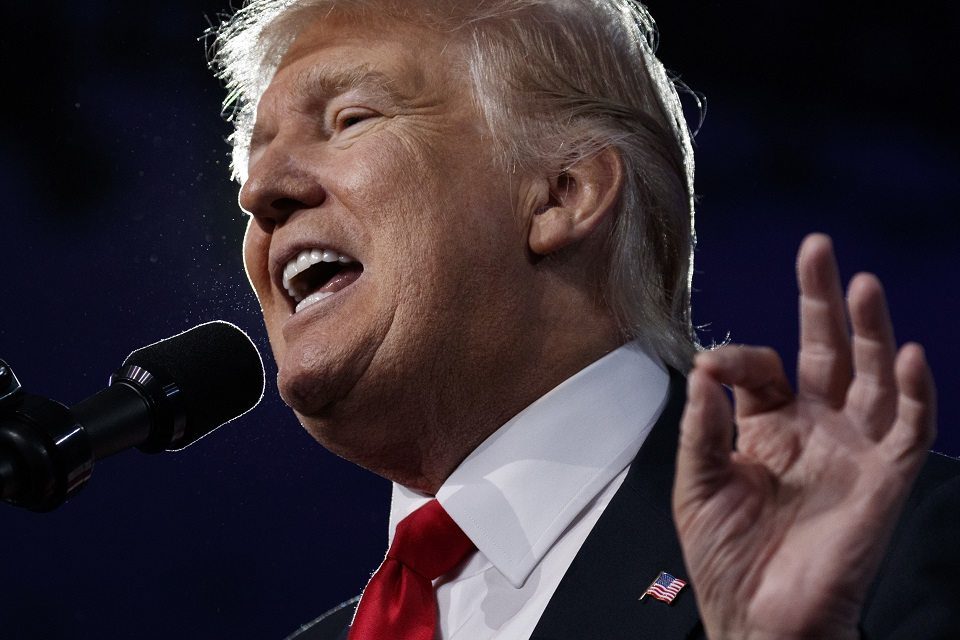 In his speech to the Conservative Political Action Conference, Donald Trump made it clear that he has no intention of representing Americans who did not vote for him.

This week in the nation's capital, Donald Trump addressed the 2017 Conservative Political Action Conference (CPAC) and espoused a notably non-inclusive form of nationalism.

In a thinly-veiled reworking of his campaign stump speech, Trump doubled-down on attacking the media as "the enemy of the people," calling them "liars." And he yet again attacked Hillary Clinton, smiling as the crowd chanted "Lock her up!"

And in one overlooked portion of his remarks, Trump made a chilling but telling assertion. After calling Obamacare a "failure" (even though it is more popular than ever), Trump made reference to the constituents showing up at the town halls of their elected representatives to voice concerns about losing their healthcare, drawing a sharp distinction between "us" and "them":

And now people are starting to develop a little warm heart, but the people that you’re watching, they’re not you. They’re, largely, many of them, on the side that lost. You know, they lost the election. It’s like, how many elections do we have to have? [crowd laughs] They lost the election.

"They're not you. They're the side that lost." With those words, Trump indicated that, just as he sees independent media as "fake news," he apparently sees all dissenting Americans as unworthy of attention. Sitting presidents historically work to be at least rhetorically inclusive of citizens who did not vote for them; Trump appears to feel no obligation even to consider their interests, much less represent them.

He further stated, "The forgotten men and women will be forgotten no longer. That is the future of the Republican Party." This coded language implies a pointed contrast with the Democratic Party's commitment to diversity and inclusion, often seen by conservatives as a focus on people of color at the expense of white Americans, and derisively referred to as "identity politics."

And make no mistake: Trump's base understood what and who he meant. Trump's only explicit reference to race came when he said somewhat ominously, "And no matter our color, we all bleed the same red blood of patriots." Yet, on immigrants, Trump baldly stated, "We're throwing them the hell out of our country."

Trump's former campaign manager and now White House Chief Strategist, Steve Bannon, who also spoke at CPAC, bragged about creating an online haven to disseminate white supremacist propaganda. And Trump's campaign rallies became the sites of some of the most vitriolic racist and sexist public sentiment in decades.

Now Trump is president and Bannon is in the White House, and they are working to cement their divisive ideology into policy.