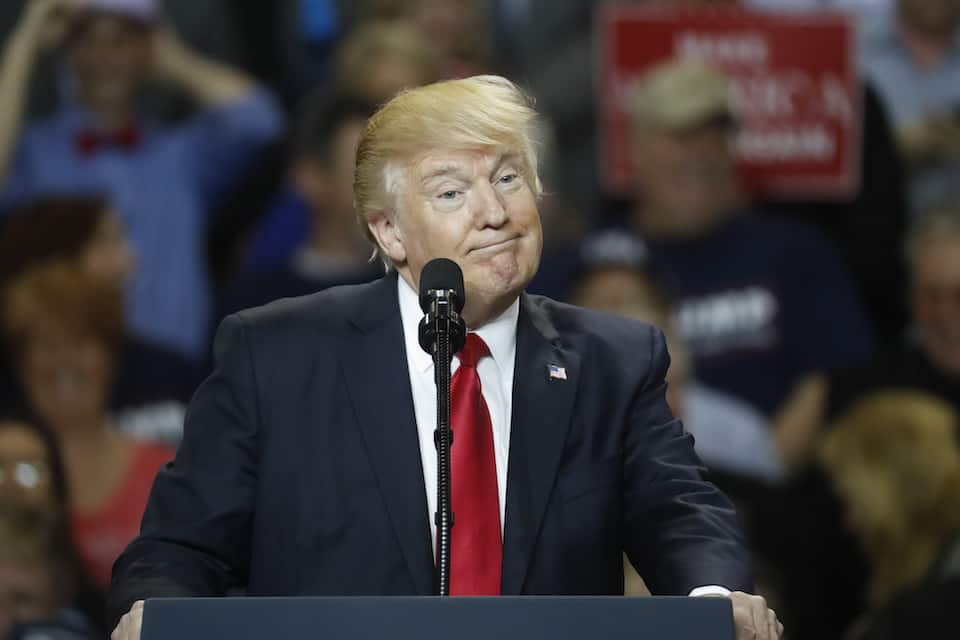 Donald Trump and Mike Pence recorded phone messages endorsing Greg Gianforte for Congress in Montana, where robocalls are illegal. Their contents are especially eerie in light of Gianforte's assault on a reporter the night before the election.

On the night before Election Day, he "body slammed" a reporter who asked him to comment on the GOP health care repeal bill following the release of the CBO score revealing that it would leave 23 million people without health coverage.

Three local newspapers have rescinded their endorsements of Gianforte, and the audio recording of the assault has led every local newscast.

But endorsements from two other significant figures remain in place.

Donald Trump and Mike Pence recently recorded phone messages endorsing Greg Gianforte. In Trump's recording, he calls Gianforte "my friend," "a wonderful guy," and says "he knows how to win."

It's worth remembering that Trump spent much of his campaign encouraging violence against those who criticized him.

Pence's message implores voters to cast their ballot for Gianforte because he and Trump "need him in Washington," and with Gianforte's help, "We will make America great again."

Trump and Pence should withdraw their endorsements.

Gianforte should withdraw from the race.

But none of that will happen. In Trump's (and Pence's) America, this kind of behavior is not only accepted, but apparently what makes us great.