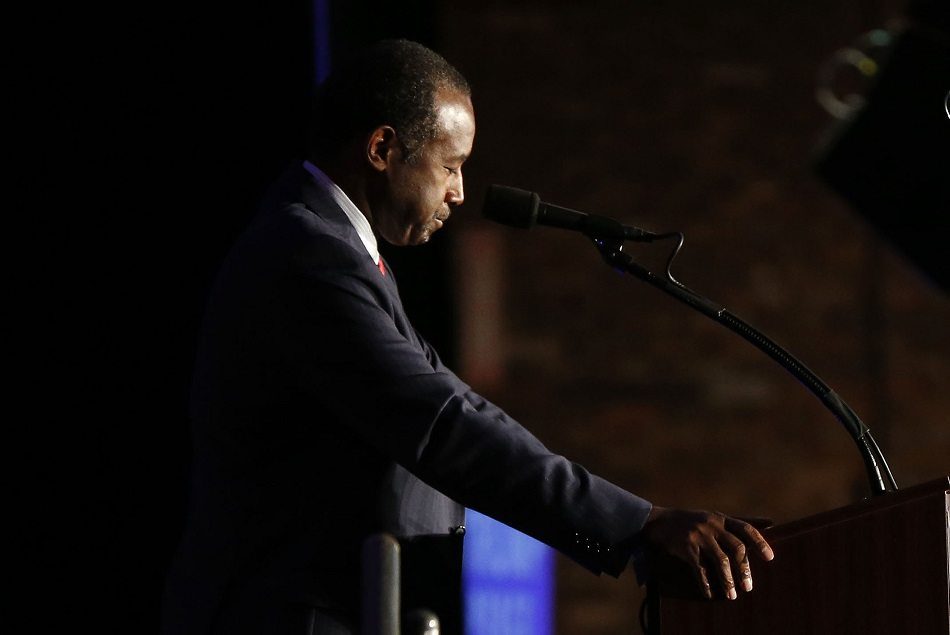 With Ben Carson mysteriously declining a cabinet position and staffers being purged from the transition team, the incoming administration is already a complete mess.

One of the many potential candidates on the fast track for a Trump administration cabinet position was Dr. Ben Carson, the neurosurgeon and former Republican primary candidate. Carson was added to Trump's shortlist for Secretary of Education — an odd choice, given that Carson does not believe in evolution and thinks the ancient pyramids were grain silos.

But Carson today announced that he had declined consideration for a position in Trump's cabinet. Here is how Carson advisor Armstrong Williams explained the decision:

Dr. Carson feels he has no government experience, he's never run a federal agency. The last thing he would want to do was take a position that could cripple the presidency.

Of course, Carson may not be entirely honest about why he is declining the job. He may simply want to save face as Trump's transition team purges its own ranks.

VP-elect Mike Pence recently fired Chris Christie from the transition team, ending speculation that Christie was slated to be Trump's Attorney General. And several other officials with ties to Christie have also been unceremoniously thrown out, leading to this incredible NBC News headline: Trump Transition Shake-Up Part of 'Stalinesque Purge' of Christie Loyalists.

People in contact with the transition team are reporting complete chaos:

After exchange w Trump transition team, changed my recommendation: stay away. They're angry, arrogant, screaming "you LOST!" Will be ugly.

And to top it off:

During their private White House meeting on Thursday, Mr. Obama walked his successor through the duties of running the country, and Mr. Trump seemed surprised by the scope, said people familiar with the meeting. Trump aides were described by those people as unaware that the entire presidential staff working in the West Wing had to be replaced at the end of Mr. Obama’s term.

Thus far, my colleague Peter Daou's recent prediction about a Trump administration appears to be spot on:

Mark this prediction: #Trump is going to have even more problems with palace intrigue, GOP infighting and power jockeying than from Dems.