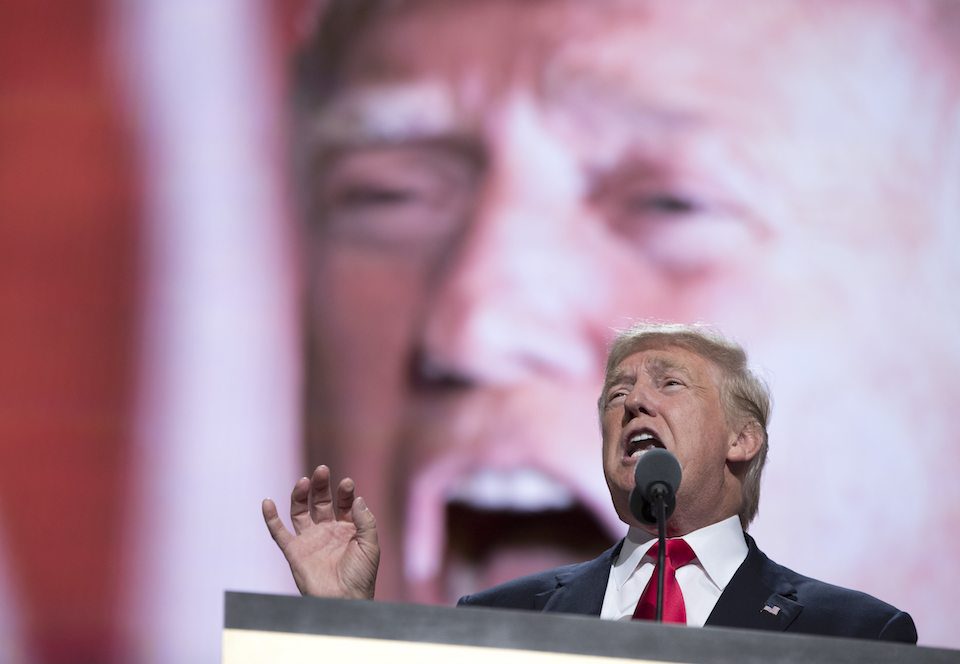 The public airwaves are being used to transmit and amplify a broadcast excusing Donald Trump's comments sympathizing with white supremacists, and millions of American homes are seeing it.

A video commentary from former Trump campaign staffer Boris Epshteyn aired on multiple stations owned by Sinclair Broadcast Group across the country. In the piece, Epshteyn whitewashed Trump's comments on the terrorist attack in Charlottesville, Virginia, acting as if the tepid, pre-written comments by Trump made nearly three days after the attack were his only statements on the issue.

"The sky is blue,"Epshteyn said. "Does the president have to repeat that fact, day in and day out for us to believe it? No, he does not."

Epshteyn then complained that Trump is being criticized for his response, but did not admit that the criticism comes from Trump's claim that "many sides" are responsible for the violence and his initial refusal to condemn white supremacists.

Epshteyn also ignored Trump's disastrous press availability where he offered a full-throated defense of white supremacists, while excusing his failure to condemn their actions.

Epshteyn also invoked the shooting of Rep. Steve Scalise as evidence that the "left" is just as violent as the right. But he did not tell viewers that Democrats and progressives did not make excuses for the Scalise shooting, unlike the extremists, including Trump, who have made excuses for the murder of Heather Heyer.

The commentary from Epshteyn is forced on local stations by the conservative bosses at Sinclair, and designated a "must run" during local news broadcasts.

During the presidential campaign, Sinclair reportedly negotiated an agreement that in exchange for access to Trump, the network would soften its coverage of his campaign. In repayment for this treatment, Trump had the FCC invoke a loophole that allowed Sinclair to buy more television stations and increase its reach across America.

Sinclair now operates as a Trump TV-style propaganda arm of the Trump administration, which along with its online Circa subsidiary, spreads a pro-Trump conservative message in line with the company's previous work attacking Democrats and progressives.

Providing cover for Trump's pro-white supremacist message is simply the latest attack that Sinclair has launched against the truth and decency.