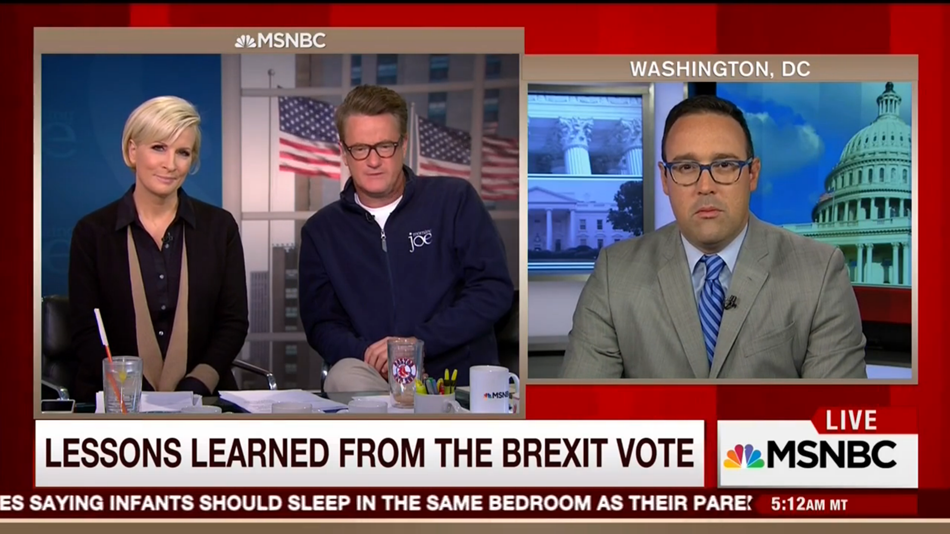 This headline is intentionally satirical, but the reality is that MSNBC's Morning Joe has become little more than a bastion of pro-Trump and anti-Clinton talking points delivered by panels of Beltway pundits that skew 80% male.

Two months ago, I argued that Donald Trump is not running a campaign to win the presidency but to become a figurehead for white nationalism. Others have speculated that his primary goal is to launch a media network.

He already has a head start for the latter. It's called Morning Joe. And it has a permanent home on MSNBC.

With two weeks to go until Election Day, here are a couple of the segments from Tuesday's show:

One of the show's recent obsessions is to claim, against all common sense, that the national media favor Clinton. There is no more absurd talking point in politics, but for the Trump network, it is par for the course.

The show is led by a former Republican congressman (and Hillary detractor) and it features panels of Beltway insiders spewing mindless anti-Clinton scripts.

It specializes in Trump's special brand of reality-defying spin:

Watch for more of the same in the weeks and months to come.