Home National Trump tweets about SNL sketch that is literally about how he can't...
Support progressive journalism.
Donate today 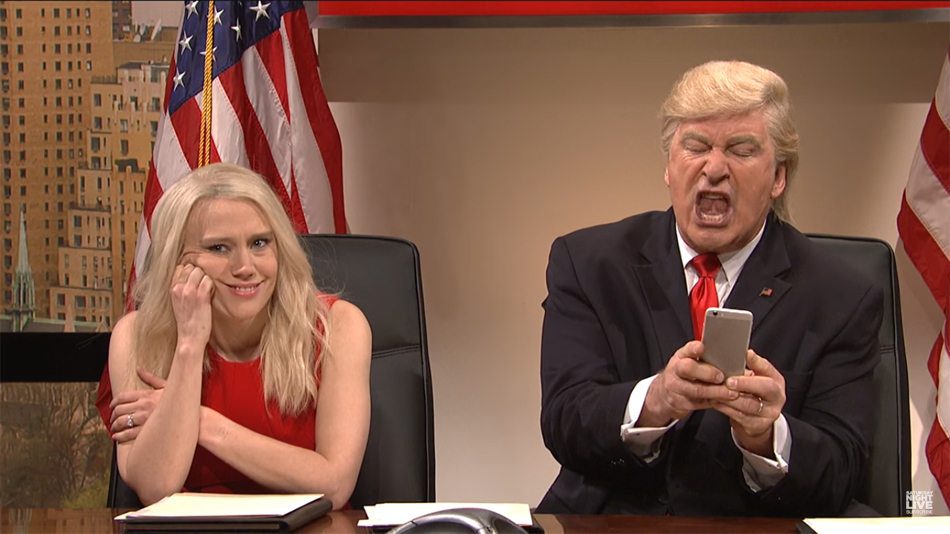 President-elect Donald Trump's infamous late-night tweeting hit an all-new low last night, when he tweeted criticism of a Saturday Night Live sketch that was about his inability to stop compulsively tweeting.

He then tweeted about that very sketch, without a trace of irony.

Trump, as I have previously observed, uses his Twitter account for multiple reasons: To distract, to shame, to defend himself, to express his thoughts about the country, its laws, and its norms.

In this case, he may hope to misdirect attention away from coverage of his latest alarming diplomatic failure, and the conflict of interest wrapped inside of it.

Or maybe it was just another example of his inability to keep his brittle ego in check.

But, irrespective of his motive, or objective, this is now the second time he has tweeted criticism of the iconic comedy show from his empowered position as president-elect — which is a chilling commentary on his regard for free speech.

As well as a distressing peek into his easily aggrieved temperament. It continues to be worrying that a man soon to be inaugurated as the President of the United States can be piqued by satire.

And react so petulantly that he virtually renders it beyond satire.