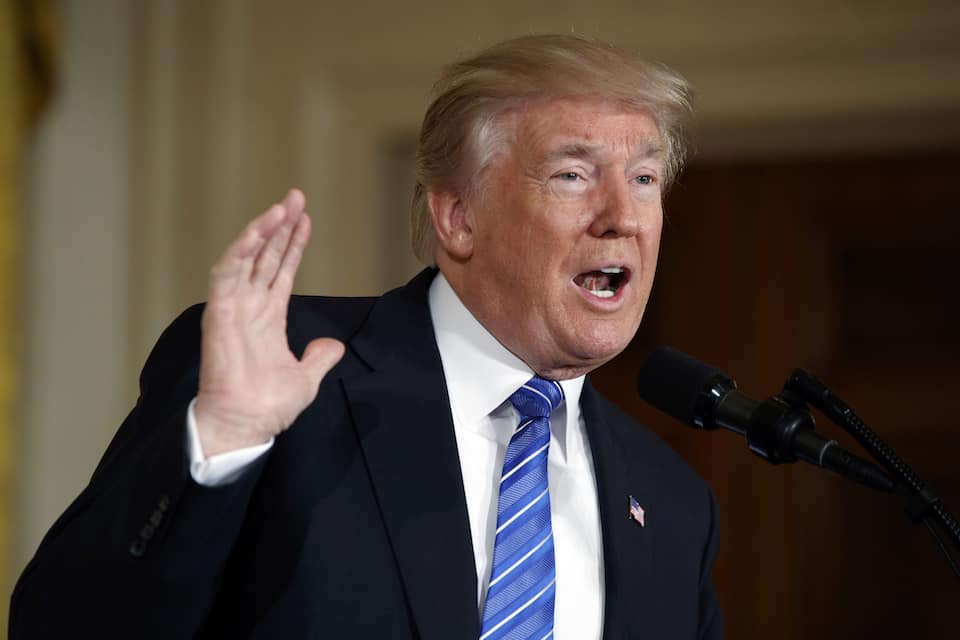 Trump's disrespectful behavior during a solemn flag ceremony continues to draw admonishment and rebukes from the media.

In the days since, the negative scrutiny of Trump's behavior has only increased.

Business Insider observed that Trump "appeared confused about a longstanding military tradition," while he laughed and joked with Hannity.

The Washington Post noted that even as Trump continued to sit and speak incoherently about the economy, "several audience members behind him stood up... Although Trump attended a military high school, the commander in chief appeared unaware of the music’s meaning."

Newsweek noted that the military has observed the "patriotic act" of either saluting the flag or placing one's hand over the heart as "a tradition since before the American Revolutionary War."

CNN's Don Lemon also called Trump out: "Someone who is obsessed with decorum and respect for the flag at football games ... once again, picking and choosing patriotism, and who should do what, when."

And as the Washington Examiner wrote, "Trump's ignorance of an American military tradition comes after weeks of railing against NFL players for 'disrespecting the flag' for kneeling during the national anthem."

Indeed, Trump's disrespectful treatment of the American flag, on a military base no less, is all the more appalling because of his recent racist tirades against athletes who have taken to respectfully kneeling during the national anthem in order to bring more awareness to issues such as police brutality, systemic racism, and racial injustice.

The movement began with former San Francisco 49er quarterback Colin Kaepernick. At first, Kaepernick sat during the anthem. Then, he began kneeling after discussing his protest with former Seattle Seahawks player and Green Beret Nate Boyer.

"We sorta came to a middle ground where he would take a knee alongside his teammates," Boyer said. "Soldiers take a knee in front of a fallen brother's grave, you know, to show respect."

Trump and others in the GOP and the conservative media have repeatedly and intentionally misconstrued the meaning of the protests, the reasons for which the Seattle Seahawks summed up succinctly:

We will not stand for the injustice that has plagued people of color in this country. Out of love for our country and in honor of the sacrifices made on our behalf, we unite to oppose those that would deny out most basic freedoms.

While NFL players are clear as to their reasons for kneeling during the national anthem, the White House has yet to say why Trump ignored centuries of tradition by laughing and talking through a solemn flag ceremony at a military base.

But the audacity of his actions are clearer every day to many in the media and across the nation. As U.S. Army veteran Terron Sims put it, "Hypocrisy, thy name is Trump."