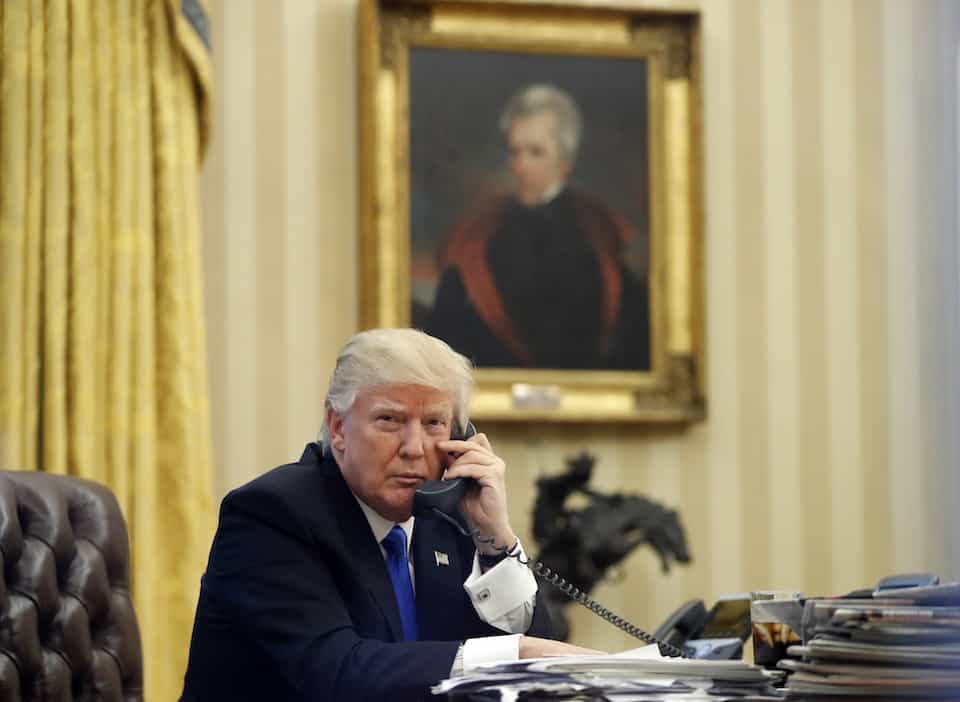 ASSOCIATED PRESS
Get The American Independent in your inbox

The "Morning Joe" hosts dropped a bombshell accusation that Donald Trump tried to use the National Enquirer to blackmail them into silence. Given Trump's record, they're probably right.

MSNBC hosts Joe Scarborough and Mika Brzezinski have alleged that Donald Trump tried to blackmail them. According to Scarborough, Trump told them he would have a negative story published about them in the National Enquirer tabloid unless they apologized for criticizing him on air.

We got a call that, "Hey, the National Enquirer is going to run a negative story against you guys..." And they said, "If you call the president up, and you apologize for your coverage, then he will pick up the phone and basically spike this story."

When Trump denied the story via his Twitter account, Scarborough responded saying, "I have texts from your top aides and phone records."

The Enquirer also denied the story, but the publication's long history of pro-Trump propaganda, often in the form of smears and attacks on his political opponents, lends credence to the allegation from Scarborough, who is a former Republican congressman.

David Pecker, the chief executive of American Media, the Enquirer's parent company, is friends with Trump. And as the New Yorker reported, the publication has embraced him and his presidency with "sycophantic zeal."

The Enquirer was the only national publication other than the New York Post to endorse Trump for president, and over the course of the last year, it has repeatedly attacked his opponents in both the Republican and Democratic parties.

Based largely on communication with Trump's longtime unofficial aide and serial political dirty trickster Roger Stone, the paper amplified multiple smears including the allegation that Sen. Ted Cruz (R-TX)'s father was involved in the assassination of John F. Kennedy and that Cruz has had multiple affairs. It also published a claim that Hillary Clinton "covered up Bill's cocaine rehab."

On a regular and consistent basis, the front page of the Enquirer has been used to echo Trump's grandiose self-image while inhabiting the Oval Office, and sporting cover lines like "Proof Obama Wiretapped Trump," and allegations of a "criminal past" from NBC's Megyn Kelly, who has been the subject of Trump's ire.

Like he did with Brzezinski, Trump also invoked "bleeding" while publicly arguing with Kelly.

The Enquirer even shelled out $150,000 for the rights to a story from a woman who claimed she had an affair with Trump, then refused to publish the details. The paper has made its name based on revelations about the affairs of the rich and famous, so to squash a story of that ilk is completely out of character.

The evidence of Trump and The National Enquirer working together to smear and attack Trump's enemies while praising him and squelching negative Trump storylines is enormous. Scarborough's allegations not only seem plausible, but they appear very likely to have occurred.